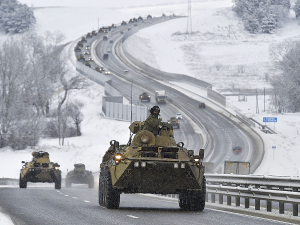 The FAO says $115.4 million is needed to prevent further disruption of food supply chains in Ukraine amid Russia's invasion of the country.

$115.4 million is urgently needed to prevent further deterioration of the food insecurity situation and worsening of the disruption of food supply chains in Ukraine, says the Food and Agriculture Organization of the United Nations (FAO).

There is urgency to support Ukrainian farmers in planting vegetables and potatoes during the spring season, and farmers should be allowed and supported to go to their fields and save the winter wheat harvest, says the FAO.

The FAO has launched a plan, in line with the revised Inter-Agency Flash Appeal, which the organization says has more than doubled its initial request of $50 million to support 376,660 small and medium-sized farming households or almost one million people through December 2022.

“As food access, production and overall food availability deteriorate in many parts of Ukraine as a result of the war, efforts to bolster agricultural production and the functioning of food supply chains will be critical to averting a food crisis in 2022 and into 2023,” says Rein Paulsen, FAO director of emergencies and resilience.

“FAO’s immediate concern is to support the ongoing spring planting season and to prevent the disruption of the upcoming winter crop harvesting, which typically occurs in June-July, and could severely threaten food security in the country. Agriculture depends on seasons. There is no time to waste to get ready for the upcoming fall season,” says Paulsen.

Agriculture is central to Ukraine’s economy, playing a key role in protecting food security and livelihoods across the country, as well as the region.

The vast destruction of crops and infrastructure due to the war jeopardises food production and food security.

FAO estimates that one-third of the crops and agricultural land may not be harvested or cultivated in 2022.

The forced displacement of civilian populations fleeing the war and the conscription of men into territorial defence forces is resulting in labour shortages and an increased burden on women.

The situation is exacerbated by a decrease in the access and availability of crucial agricultural inputs.

Preliminary data collected by FAO, through ongoing assessments, demonstrates that farmers at all levels need cash to procure inputs and services for food production and to maintain their farming operations.

As war in Ukraine rages on, world food commodity prices have made a significant leap in March to reach their highest levels ever, the Food and Agriculture Organization of the United Nations (FAO) has reported.

OPINION: Your canine crusader was a little taken aback by the recent ruminations of Feds national president Andrew Hoggard about the Ukraine/Russian conflict.

Pain for world grain from the war in Ukraine

Expect big jumps in both international grain and fertiliser prices.

The days of enjoying fine European cheese and New Zealand butter are over for Russians.