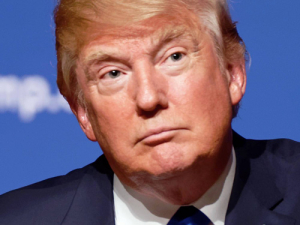 The most concerning aspects of Trump’s proposed economic policies are his views on trade.

The US sharemarket has “largely priced in a Clinton victory”, says the NZIER, but what impact would an upset win to Donald Trump have on our economy?

When the NZIER released its report, Trupmonomics, late last week, the pollsters gave Trump a 20-30% chance of victory. Today a Reuters/Ipsos survey gave Hillary Clinton a 90% chance of taking the White House. However, Trump has bucked expectations time after time during the run-up to election day.

If he does win today, will the shock of the unexpected result impact markets like the Brexit result in the United Kingdom did? NZIER expects the immediate impact would be seen in credit conditions, the exchange rate and the US sharemarkets. Funding costs could rise as lenders became more risk averse.

Softer US economic growth could reduce demand for New Zealand’s exports, says NZIER. And it says “no reputable economic assessment” of Trump’s economic policies has demonstrated how his ideas will generate sustained productivity growth.

“One estimate is that Trump’s trade policies alone – namely imposing 35-45% tariffs on Mexican and Chinese imports – could result in the loss of up to 4.8 million US jobs. Ouch.”

Anything that hurt the US economy would reduce demand for New Zealand exports.

“We exported $8.4 billion of goods and services there in CY2015, accounting 12% of our total export revenue.”

NZIER says that from our perspective, the most concerning aspects of Trump’s proposed economic policies are his views on trade. “He has run on a platform of protectionist and mercantilist rhetoric.”

As for the chances of the US backing the Trans-Pacific Partnership, both Trump and Clinton appeared to be ruling this out during their campaigning.