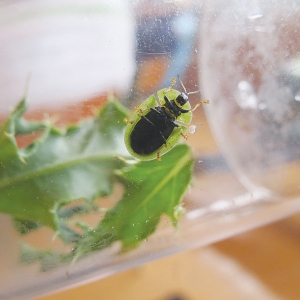 Keeping unwanted pests out of New Zealand is behind Government and the nursery sector agreement.

The nursery and garden industry needs to be inside the tent on biosecurity planning because of its relationships throughout the horticulture and forestry sectors, says Nursery and Garden Industry Association chief executive John Liddle.

Even biosecurity incursions, which do not directly threaten nursery and garden products, can affect the industry as seen in Auckland with the Queensland fruit fly reponse.

Liddle was in Auckland last week for meetings as part of a wider consultation process with 300 members on the potential introduction of a commodity and biosecurity levy to develop and protect the $600-700 million per annum nursery industry.

Meetings have also been held for some specific sector groups like nurseries that grow plants for forestry, and for kiwifruit, avocados and wine grapes.

In considering the biosecurity threat, Liddle told Rural News they looked at pests not now in New Zealand but which could arrive and threaten the nursery industry. “There aren’t a lot of them. There is one called Sudden Oak Death which would be very, very serious should it arrive,” Liddle said.

“It affects forestry and a wide range of plants grown, and nurseries will be affected; it is a particularly devastating form of a disease called phytophthora. Most of the other pests or diseases we have identified would largely be controlled by existing nursery and spray systems and pest and disease systems.”

The work other sectors require to lessen their own risks can affect the nursery and garden industry.  Two garden centres are in the control zones for the current Queensland fruit fly response in Auckland.

“Fruit fly is not a problem for the garden industry as such, but to minimise the risk to others it does impact on us. GIA (Government Industry Agreements on Biosecurity Readiness) is as much about the nursery industry being responsible players in biosecurity in working with others as it is about our own risks.

“In Auckland a major route, SH16, runs through the control zone and controls have been put in place for trucks carrying fruit and vegetables along that route to make sure they don’t get any fruit flies as they go through those zones.”

Nursery members can ship plants from Auckland-Wellington or Wellington-Christchurch overnight and any movement controls could mean member businesses may be impacted.

“The industry needs to have a part in biosecurity planning because then it can protect both our industries in those discussions rather than have others determine the impact on our members.

“We need to be inside the tent helping make those decisions rather than outside the tent.”

Current discussions with growers are part of the Nursery and Garden Industry Association’s ‘Towards 2025’ plan which is a package of three things, says Liddle.

“The first is an industry plan to grow and develop the industry. GIA is also part of it, so we believe we need to be an active participant in this change to the biosecurity system. In order to provide a long term and sustainable funding base for our industry body the third component of Towards 2025 is the introduction of a commodity levy and a biosecurity levy.”

They are about a third of their way through consultation this month, in 17 regional meetings. Liddle says they are getting a reasonable level of support from members. “But not necessarily everyone agrees with us as you might expect, especially when part of that idea is that they will be them paying.”

After consultation the association will refine its proposal subject to feedback and put it to a referendum of potential levy payers in May.