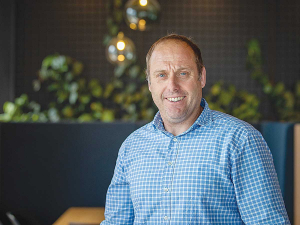 The new approach – called Global Warming Potential Star (GWP*) – has been developed based on the traditional emissions calculation method GWP100. The GPW100 method assumes all greenhouse gasses are cumulative (i.e. they never reduce). However, while this is correct for both carbon dioxide and nitrous oxide, methane has a lifespan of approximately 10 years before it disintegrates.

“Modifying the use of GWP so that it accounts for the differences between short-lived and long-lived gases better connects emissions and warming. For countries with high methane emissions, this can make a big difference in how reducing emissions is understood and progressed,” says NZRSB chair Grant Bunting.

He acknowledges that methane has a climate impact and says the NZRSB is not advocating for this impact to be treated softer than other greenhouse gases. “However, given that methane survives in the atmosphere for 10 years – whereas the other two main greenhouse gases survive for thousands of years – we think methane emissions should be accounted for differently from carbon dioxide and nitrous oxide.”

Bunting says for the beef industry GWP* means that if herd numbers remain the same after 10 years then methane levels remain constant, with the quantity emitted equalling the quantity disintegrating.

Bunting explains that if all GHG emissions are treated the same – as they are using GWP100 – short-lived emissions are unequally accounted for.

“As we learn more, and the science develops, we need to ensure our approach remains relevant.”

Bunting believes the GWP* approach is gaining traction around the world.

“If New Zealand wants to be a world leader in this space it is time we started using an accurate measure that correlates to actual warming,” he adds.