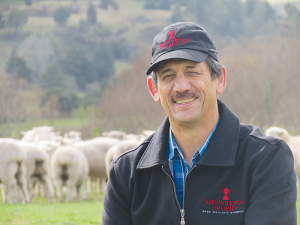 Māori farms near Rotorua and Hokitika are the finalists in this year’s Ahuwhenua Trophy for dairy.

These are Onuku Māori Lands Trust near Rotorua and the proprietors of Mawhera Incorporation, located near Hokitika, on the West Coast of the South Island.

The finalists were announced at a recent function at Parliament in Wellington, hosted by the Minister for Māori Development Nanaia Mahuta and the Minister of Agriculture, Damien O’Connor.

O’Connor says the Ahuwhenua Trophy is wonderful event that celebrates the success of Māori contribution to farming. Iwi will become the single-biggest players in agriculture, he said.

“The land gives us the opportunity to have a better future, but it doesn’t guarantee it. So this competition is to safeguard the business on the land that generates wealth that can be transferred not just to iwi and whanau but the whole country.

The chairman of the Ahuwhenua Trophy management committee, Kingi Smiler, says it is great to see again the top dairy farms selected as finalists for the trophy contest. These are performing well in challenging times, especially the volatile weather that has plagued farming for two months.

The people who run these operations are positive and confident about their future, Smiler said.

“New Zealand is lucky to have Māori farmers because it is in their DNA to manage the fragile environment, care for their people and build a sustainable business.

“The concept of sustainability is not new to Māori. We have been practising it for centuries.”

Field days will be held at the two farms in April to showcase the finalists and let people see firsthand why the farms are finalists.

The winner will be announced at a function at the Wigram Air Force Museum, Christchurch, on May 25.