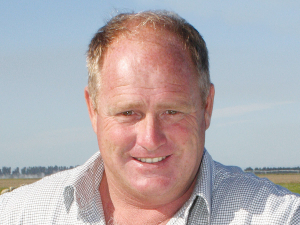 The company has stepped into a debate on nitrate levels in underground aquifers following recent media coverage.

WIL chief executive Brent Walton says it will be an important issue with local and regional elections coming up, but any debate must be focused on science.

A 2017 Environment Canterbury investigation into potential groundwater flows under the Waimakariri River into Christchurch aquifers had predicted a long-term increase in nitrate levels. However, Walton says two key points made in the ECan modelling seem to have been overlooked.

“ECan’s report says that while it is possible, during the next 50 to 100 years, that nitrates in aquifers below the main part of Christchurch might increase, the levels are predicted to remain below the maximum acceptable value [based on recommendations from the World Health Organisation].”

He adds that the second key point is that ECan’s modelling is based on the premise of current land use continuing into the future.

“We know that land use is already undergoing a change,” Walton says. “Extensive environmental mitigation continues to be undertaken by Waimakariri farmers and, with rapidly advancing technology, nitrates and other environmental management can only improve.”

WIL operates and manages a run-of-river irrigation scheme with resource consent to take water from the Waimakariri River, delivering water to about 200 farmer shareholders over 23,000ha north of the river between Oxford and Rangiora.

Walton claims WIL is not running away from any responsibility and farmers accepted they have a key role to play in reducing nitrate levels.

“There is not one WIL shareholder or farmer in this catchment who wants to see, or be responsible for, increased nitrate levels,” he says.

All WIL farms that irrigate 20ha or more (about 108 properties) are required to have a farm environment plan (FEP), independently audited each year.

Walton said every farm will be at good management practice (GMP) by 2020 and most will be either a B or an A audit by September.

“Our shareholders have invested heavily in infrastructure, including modern irrigation systems, sophisticated effluent systems, fenced off waterways and riparian plantings to improve water quality and reduce their environmental footprint.”

Flowmeters, weather stations and telemetry monitors are being installed on all WIL properties to ensure efficient water use, by applying precisely the right amount of water, at the right time.

Farmers are provided with daily, weekly and monthly recommendations on whether to irrigate via a mobile app.

Walton says farmers are part of their community too.

“They have children and wider families. They are as concerned for the future wellbeing of their society, culture and environment.

“They take far more than their own economic wellbeing into account when they’re making decisions about the future operation of their farms.”

He says the farming sector has made massive improvements in the past five years, and there is clear motivation to keep that momentum going into the future.

“Our shareholders are here for the long term. I can assure the public that farmers are not sitting around waiting for the magic wand to appear. Rather than a cause, we want to be seen as part of the solution.” says Walton.

A national water strategy and water storage facilities top the wish list of the country’s 3500 irrigators.