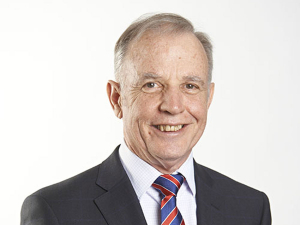 Barry Quayle has been appointed as chair of the Waikato Regional Council for the remainder of the term.

Barry Quayle has been voted in as the new chair of Waikato Regional Council, after a majority of councillors backed the removal of Tamahere dairy farmer Russ Rimmington from the top spot in a meeting held yesterday.

The meeting was called after a requisition signed by eight councillors was delivered on 17 April 2022 to deal with matters associated with the role of chair.

Rimmington, who also held the position of Hamilton Mayor between 1998 and 2001, came under fire in October last year for comments made relating to iwi and the three waters reforms at a public forum run by Local Government New Zealand.

In December last year, Rimmington apologised for the remarks at the Council’s final meeting for the year.

During last night’s meeting, there was recognition of the extensive contribution made by Rimmington to the Hamilton and wider Waikato communities over his time on the council.

However, some councillors expressed concern about the culture amongst the governance arm and that the council position on a number of matters were not well represented.

In a vote of 8-6, a motion to remove Rimmington as chair of Waikato Regional Council was passed.

Following the vote, Rimmington was quotes as saying the move was “disappointing” but “democracy has spoken”. He also indicated there could be a judicial review of the decision.

Nominations were then made for a new Waikato Regional Council chair, with only Hamilton constituent Barry Quayle put forward as a contender. The motion to formally appoint him was passed in a vote of 11-3.

Kataraina Hodge, who chaired the majority of the meeting after Rimmington declared a conflict of interest, remains as deputy chair of the council.

Following the meeting, Quayle said decision making would be unaffected by the leadership change.

“It is important going forward that this council acts as one and that we have cohesion. I am confident that all 14 councillors will be able to continue to respectfully and robustly discuss issues affecting the region, and make decisions that are in the best interests of the Waikato.

“Throughout this triennium we’ve demonstrated that – despite at times divergent individual views – we can engage in full and frank discussions and make big decisions. That’s been evident with matters like the 10-year budget, our position on local government and three waters reform, our COVID-19 response, public transport, and most recently the management of pests in our region.”

He said that while there are only a few months left in the current term of council, more work is still to be done.

“Always at the front of our minds will be the vision we set as a council early in our term of caring for our place, empowering our people. We’ll live up to that, together.

“Finally, I would like to acknowledge the valuable and passionate contribution Councillor Rimmington has made as chair of this council. I am certain he will continue to represent the best interests of his Hamilton constituents and the wider region over the remaining months of this triennium.”

Effluent is now an even more valuable resource, for its nutrient value continues to increase as fertiliser prices rise, says the Waikato Regional Council.

OPINION: As I write, our nation has returned to level 4 lockdown and it has given me time to reflect on all we have accomplished in the year since the COVID-19 pandemic hit this country hard.