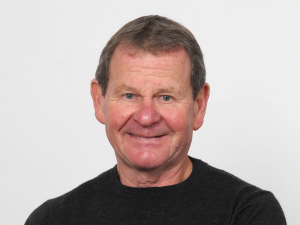 Taranaki farmer and former Ravensdown employee, Mike Davey has been elected to the co-op’s board.

Davey has been elected director Area 5, which stretches from New Plymouth to Wellington City and includes southern parts of Rurapehu and Taupō.

He is a cropping farmer, an elected member of Taranaki Regional Council and has over 40 years’ experience in the fertiliser business.

Ravensdown chair John Henderson says Davey’s knowledge of the co-operative will be an asset shareholders navigate an evolving regulatory environment.

“Ravensdown is striving to provide a dependable supply of quality products in a truly integrated way while anticipating farmers’ needs in a changing landscape. This is no small challenge and Mike joining the board is a most welcome addition,” says Henderson.

“The main reason our shareholders seek their co-operative’s support is to help them with the efficient use of nutrients to optimise production within their commitments to the environment. This is at the heart of smarter farming, which is a subject I know Mike is passionate about.”

As an advocate for the rural sector and someone who was employed in the fertiliser industry since he was 15, Davey is a known figure who left Ravensdown in March 2020.

“I look forward to bringing to the table my knowledge and commitment to our co-operative and working with my fellow board members as they continue setting the direction for Ravensdown at such a critical time for the sector,” says Davey.

John Henderson has reached the 12-year maximum term for an elected director. He now becomes one of the three appointed directors and continues as chair.

“I’d like to thank all the shareholders in the region who have shown support for the co-operative and for my efforts as director – it’s been a privilege to represent them. I also acknowledge all the other candidates and those who voted in the Area 5 election because it shows a healthy participation and interest in a co-operative that has such a vital role to play,” Henderson concluded.