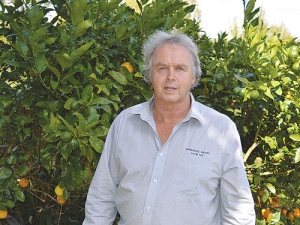 The battle for organic milk is heating up with a new farmer co-op launching in Taupo later this month.

The Organic Dairy Hub (ODH) Cooperative will compete with Fonterra for New Zealand’s fledgling organic milk supply; next season ODH will have about 1 million kgMS from about a dozen farms, some not currently supplying Fonterra organic.

ODH will be an organic milk wholesaler only, supplying milk to local processors and will have toll manufacturing arrangements with global marketers.

South Auckland organic milk processor Green Valley Milk is backing the hub and will be a major buyer of its milk.

ODH project manager Bill Quinn told Rural News farmers will “stick to their knitting, which is milk production on-farm”. The old milking stool has three legs: suppliers, processors and marketers; each is a skill and discipline in its own right.

“The hub will coordinate between them; we have marketers who want products like organic butter and we will link them with processors who can do that; we’ve got the milk.”

Quinn believes Fonterra has not been sincere with its organic suppliers in recent years, cancelling contracts to satisfy its organic growth strategy. Fonterra’s organic milk suppliers has dropped to 73 from 127 three years ago. This has left milk suppliers and processors frustrated, he says.

Fonterra recently announced a 45c/kgMS hike in its organic milk premium; its organic suppliers will now receive $1.50/kgMS above the conventional milk price. The co-op is also seeking an extra 600,000kgMS next season.

Quinn says Fonterra only lifts its game when another player enters the organic market. He says farmers needed an alternative market to Fonterra and this led to ODH’s formation over the last three seasons.

ODH has also received expressions of interest from farmers in the process of converting to organics. It is also talking to processors looking at boosting organic milk processing.

“A number of processors are frustrated about organic milk supply; they have got through to Fonterra but as its volumes dropped, Fonterra has a responsibility to process its own organic milk because that’s where the money is.

“We have a number of processors wanting to enter organics, to change from conventional milk lines to organic milk lines. They either want to introduce an organic line to their current portfolio or have established a market presence with conventional New Zealand milk – they wish to either change or add an organic line.”

Den Haring says Green Valley has been working with ODH for two years. “The aim of the exercise is to get enough milk and have enough available so we can grow the market; it’s about providing robustness and stability to the organic dairy market.”

Green Valley has its own organic farms but Haring says it has been short of organic milk for 18 months.

“This has hampered local growth and our ability to maximise local opportunities.”

OPINION: The Chinese owners of Australia’s biggest and oldest dairy farming business are facing scrutiny from authorities and all eyes are on Fonterra.