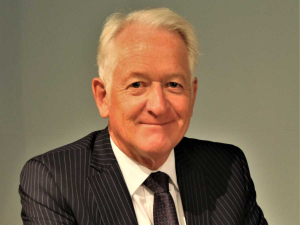 Andrew MacPherson has been appointed as the new chairman of Farmax.

He has been appointed for a three-year period and takes the reins from retiring chairman, Dr Greg Lambert.  MacPherson is a former director of AgResearch, of which Farmax is a wholly owned and independent subsidiary.

He says the Farmax decision support tool had a pivotal role to play in supporting the future of New Zealand’s pastoral farming sector.

“I am confident that Farmax has and will continue to play an essential part in supporting farmers, farm consultants and bankers. I want Farmax to grow in size and expand our footprint in New Zealand by producing powerful, practical and user-friendly software solutions to enhance the productivity and profitability of New Zealand’s pastoral sector.”

MacPherson, who was appointed to the role by the AgResearch board, has enjoyed a stellar career in the agribusiness sector. He is chairman and co-owner of Sewell Peak Farm Ltd, an intensive 950 cow dairy farm near Greymouth.

He also served on the board of Westland Milk Products.

The former veterinary surgeon founded, owned and managed vet practices in the Waikato region, and then went onto establish his career in governance roles in a number of industries including as a director and then chairman in the genetics industry before successfully running for election to the Waikato Regional Council last year.

Farmax chief executive Gavin McEwen welcomed the announcement of the appointment of MacPherson as chairman.

“Andrew brings to the board a valuable skill set that will add real value to the governance of a company whose products make a positive difference to pastoral agriculture.”

The SOE says it has acquired the shares of Brownrigg Agriculture, and Phil Tither, of AgFirst.

Finalists in the Emerging Rural Professional of the Year award

The Farmax Consultant of the Year awards have revealed the high calibre of young people working in the rural industry.

Who has your data and what are they doing with it?

Customers of pastoral science company Farmax will get to meet another new face as 28-year-old Victoria Hamlin from Central Hawke’s Bay joins the technical specialist team.

Consultant of the Year nominations open

The hunt is on for New Zealand's top dairy, sheep and beef agricultural consultants with nominations for the Farmax Consultant of the Year Awards now officially open.