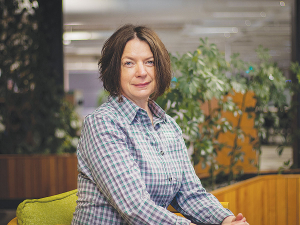 Tanya Houghton took over the role with the rural supplier last month.

Farmlands' new chief executive says that agriculture is the “heartbeat of New Zealand”.

Tanya Houghton took over the role with the rural supplier last month. She replaces Peter Reidie, who left earlier this year after spending five years in the role.

Houghton’s appointment marks the first time the rural services company has had a woman as its chief executive, a milestone Houghton acknowledges.

However, she says that despite the significance of being Farmlands’ first female chief executive, she doesn’t believe that was a consideration in her being hired.

“I think the board focused on my skills and my leadership style in their decision,” she told Rural News.

Previously, Houghton was the chief executive of Mole Map New Zealand and has held directorships with The Pet Foundation in Australia and Animates New Zealand.

She says that while she doesn’t have experience in the agriculture industry, she would describe it as the “heartbeat of New Zealand”.

“Without agriculture, New Zealand wouldn’t be the country that it is,” Houghton told Rural News.

She says that despite this, much focus in terms of regulations and media focus has been placed on the sector in relation to climate change.

“I think it’s important that we also focus on the urban carbon footprint as well as the agriculture industry. Much more needs to be done by those living in urban areas,” she says.

Meanwhile, Houghton plans to take the company back to basics, with a focus on three key areas: ensuring the company has safe and engaged people, improving customer experience, and profitability.

This is a circular goal, Houghton explains, adding that safe and engaged employees lead to a good customer experience which will, in turn, lead to further profitability.

“I’m coming in with fresh eyes,” she says.

In terms of keeping employees safe and engaged, Houghton says it’s something that, amid the current Delta outbreak, Farmlands customers can get involved in.

Houghton says that customers need to remember and understand that some of the things the rural supplier requests of its customers are to comply with the Government’s Covid guidelines. This includes things like remembering to wear a mask when going into the store or to pick something up from stores.

She says that Farmlands is “fortunate” because it has been classified as an essential service and is therefore available to customers during Alert Level Three and Four.

However, that can only continue if we pay attention to those guidelines.

“As we’ve seen the last couple of days, Covid pops up,” she says, referring to the recent appearance of Covid-19 cases in the Waikato.

“Our staff members are on the frontlines and they have families, that’s why it’s really important that you work with us.”

Rural retailer Farmlands says it is undergoing a transformation period.

Farmlands profits in a challenging year

Farmlands Co-operative has announced a $7 million net profit for the 2019/20 financial year.