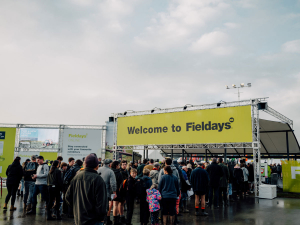 The 2022 National Fieldays have been postponed until 30 November.

The four-day agricultural event was scheduled to run from Wednesday 15 June to Saturday 18 June.

Chief executive of the New Zealand National Fieldays Society, Peter Nation, says the decision did not come lightly, but ensures the Fieldays event can operate to its full potential.

“We believe this decision will give all attendees, exhibitors, and stakeholders involved some breathing room and confidence during these uncertain times,” he says.

“The feedback we have had from our customers is they really want the event to run, it creates much needed economic stimulus and reconnection, that an event the size and scale of Fieldays provides.”

Nation says there were a multitude of factors that brought the organisation to the decision of not going ahead in June, including the current Omicron outbreak.

“The current Omicron outbreak has meant that resourcing has become a huge issue, with employee absenteeism due to isolation periods and a tight labour market having an impact on all stakeholders involved,” he says.

Additionally, the ongoing impact of a delayed global supply chain is having an impact on exhibitors who are struggling to achieve the stock levels for their existing sales.

“While we could assume or hope an orange traffic light system will have arrived by June, many don’t realise that the build of Fieldays commences in April. Around 13,000 contractors come and go in the lead up to the event, building the small city that is Fieldays, which is just not possible under the red traffic light setting.”

Nation says he hopes the postponement will ensure the best outcome for all involved after a turbulent start to 2022.

“Our aim is to run a safe, secure, and successful event, ensuring Kiwis can come together and reconnect, enjoying the best of what Aotearoa’s primary sector has to offer,” he says.