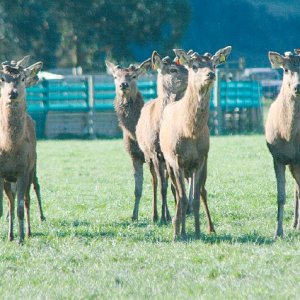 A more subdued season for pastoral farm business in 2012/13 is predicted by the Ministry for Primary Industries with typical farms models showing dairy profit after tax down 57%, sheep and beef down 15%, but deer getting a boost.

MPI has released the 2012 pastoral farm analyses as part of its annual Farm Monitoring Report series. The reports provide models and overviews of the financial performance of typical dairy, sheep and beef, and deer farms, based on information gathered from a sample of farmers and industry stakeholders.

Production has been good on pastoral farms, as a result of favourable weather. National dairy production was up nearly 10% for the 2011/12 season. However, this was offset by a declining payout, so the farm income was similar to the previous year.

On sheep farms, lambing was up 10 percentage points on the previous season. Improved prices for sheep meat, beef and wool, combined with the higher productivity in 2011/12, lifted net cash income for the sheep and beef farm model by 18% to $543,000.

The obvious concern for dairy farmers this season (2012/13) is the drop in expected payout, which will test the resilience of their businesses. Total income from milksolids is expected to fall 20% for the national dairy farm model, and this will result in a drop in profit before tax of around 57% compared with 2011/12. Businesses carrying high levels of debt are particularly vulnerable.

Sheep and beef income is expected to be down 6% in 2012/13 due to lower returns for lambs and wool, and farmers are cautious.

However, while the profit before tax is forecast to fall around 15%, at $181,300 it is still the second-highest profit for the national sheep and beef farm model since 2000.

Deer farmers, meanwhile, experienced their third season of relative stability in product prices and good on-farm productivity in 2011/12, which has enabled some capital expenditure and debt repayment, and boosted confidence in their sector. Similar results are forecast for the 2012/13 sector.

In dairying, MPI says there is something of a divergence occurring in pasture-based farming – into either low-cost, low-input farming which might include once-a-day milking, or into high-intensity, high-input farming using infrastructure such as herd homes and feed pads. These require quite different management skills.

(In other words, profit equivalent to $1.98 per kgMS produced)

(In other words, profit equivalent to $0.87 per kgMS produced)

To view the full report, go to the Publications section (under "News and Resources") of the MPI website, www.mpi.govt.nz

These reports are part of a series of Farm Monitoring reports which are being released currently.