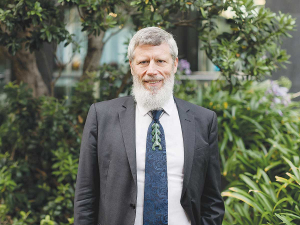 More science and technology, more trees and fewer livestock is the prescription that the Climate Change Commission has offered up in its draft report on how to reduce greenhouse gases in the agriculture sector.

The report covers all aspects of New Zealand society and includes agriculture.

In the 200 page chronicle, the Climate Commission sets out a plan for NZ to meet its greenhouse gas emissions targets by 2050. It is a draft report, based on the commission’s own research and submissions from a wide range of organisations and individuals. It is now out for consultation before a final report is prepared by the end of May.

Commission chair Rod Carr says to achieve the Government’s goal of net zero emissions by 2050, there needs to be transformational and lasting change across society and the economy. He says the Government must act now and pick up the pace.

Carr says the targets will not be met unless there is strong and decisive action to drive low emissions technology and behavioural change across all sectors.

He adds that connectivity – namely the widespread roll out of broadband – is critical to meeting these targets.

Carr told Rural News that agriculture has a large role to play in reducing emissions and farming needs to become even more efficient. He says while improvements have been made in the last few decades, more must happen.

“I think the ask of agriculture is similar to all New Zealanders, it is ambitious and realistic,” he says.

Carr told Rural News that under the current policies, NZ will not meet the targets and that between now and 2035. However, he believes some policies and support can be put in place to achieve a 13% reduction in biogenic methane by 2030 and a 20% reduction by 2035. But he concedes that further action will be needed to meet the 2050 target.

Farmers are happy to play their part in reducing greenhouse gas emissions but the Government has to come to the party.