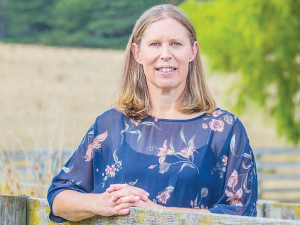 Some good news for sheep and beef farmers; farmgate returns are stabilising, according to ANZ agriculture economist Susan Kilsby.

Farmgate returns for lamb have been stronger than previously anticipated with prices holding near $6.50/kg CW.

Kilsby notes that in its January forecast update, ANZ anticipated prices would drop as far as $6/kg CW.

“While further cuts in schedule pricing can’t be ruled out, it now looks like there may not be much more downside,” she says.

“We remain cautious and now forecast farmgate lamb prices to reach a low point of $6.25/kg CW next month.”

The relative stability is being driven by a combination of factors: international market prices are generally holding, New Zealand’s currency has stabilised, and there are not vast quantities of lambs coming forward for processing

Kilsby says stocking rates are still lower than normal in some regions where destocking of capital stock occurred during last season’s drought.

Pasture growth conditions have also been more favourable this season.

“This, combined with fewer mouths to feed, and more crops grown, has reduced the urgency to offload stock.”

The outlook is also rosier for beef farmers.

Farmgate beef prices have stabilised as the recent as international markets show tentative signs of recovery and supply from competing markets eases.

Kilsby says limited volumes of store stock are being traded at present as cattle are being utilised to clean up pastures which are rapidly losing quality as soil moisture levels rapidly deplete.

The supply of manufacturing grade beef from NZ is starting to slow, which has been supportive of prices in international markets. At the farmgate level, pricing has stabilised after falling quite rapidly over the past few months, says Kilsby.

“Farmgate prices for prime stock tend to fall most years until about February, before gradually picking up,” she says.

The recent plateauing of schedule prices has also been supported by a slowdown in the volume of stock available for processing. As summer temperatures rise, feed reserves are drying out quickly, making pastures more suitable to feed cattle than fatten lambs.

Kilsby says the rate of culling has slowed since the beginning of October.

Why low morale in a good season?

Low morale and uncertainty in the dairy industry appear to be overshadowing the positive outlook for the sector.