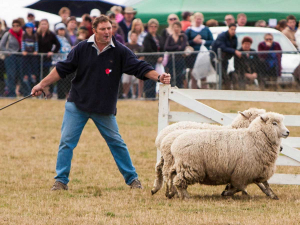 This year's Mackenzie Highland A&P Show has been cancelled.

The decision to cancel the event on Easter Monday in Fairlie was made in response to Prime Minister Jacinda Ardern’s request for all gatherings of over 500 attendees to be cancelled or postponed to reduce the spread of Covid-19.

“In light of the health risk to the Mackenzie District at this time, we see this as the most socially responsible path to take,” said president Bryan McNab.

“The committee recognises the devastating impact this decision will have for many in the community with planning and organisation for this year’s show being so close to being completed and certainly regret having had to take this action so close to our show day.

“As this is a committee that doesn’t usually give in at the first hurdle, we are now investigating the possibility of running a community event later in the year.”

This is the fifth time in the show’s 122 years that it hasn’t been held. Previous cancellations were twice due to war and twice due to a pandemic.

“With an association with the Show Committee that goes back to the late 70s, having to convey this decision is certainly the low point for me,” said McNab.

Farmers will continue to apply pressure on the Government and hope for a change of heart on the need for skilled overseas workers.