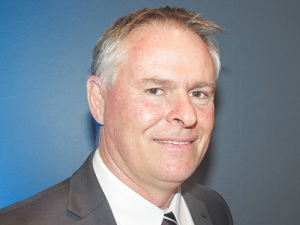 Green and organic green kiwifruit growers were better off per tray this year than last, according to figures released by kiwifruit marketer Zespri.

It says while SunGold returns were lower per tray, the average return per hectare was up 16% with orchard production increases.

The total fruit and service payment to growers increased by 6% to $1.47 billion.

Zespri’s global kiwifruit sales for the year were also up 6%, at $2.39b. Total revenue, which includes license income, was $2.51b.

“This was supported by good quality and low rates of onshore fruit loss. The average per-hectare return for Green across the industry was $59,981, a new record for the category, and the result was achieved in spite of a 27% decline in average yields.”

“Zespri achieved a strong increase in returns at the same time as continued growth in volumes. Sales volume for the total Gold category rose by 9% to 52.1 million trays and the average return per hectare across the industry was up 16% at $114,345.”

The per tray result was affected by a smaller crop and early season quality issues.

The focus for the category remains on it being an early, high-taste offering to get the Green season off to a strong start.

“We sold a record volume of SunGold while growing returns at both per-tray and per-hectare levels,” he says.

“The industry’s performance during the last season reinforces our confidence in our strategy and potential for strong and sustainable growth.”