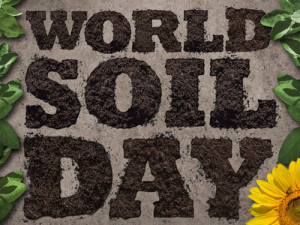 New Zealand scientists are taking a leading role in the global effort to preserve and improve soil health.

Today, December 5 has been declared World Soil Day by the Food and Agriculture Organization of the United Nations (FAO).

With the world’s population expected to reach nine billion by 2050, growing our knowledge of soils and how best to keep them healthy is something the agricultural sector and the world needs to continue to keep top of mind. Without healthy soils, our ability to grow food to feed this growing population will be significantly impeded.

New Zealand is a major contributor to international soil research through the Global Research Alliance on Agricultural Greenhouse Gases (GRA) which brings countries together to find ways to grow more food without increasing greenhouse gas (GHG) emissions. New Zealand’s soil research efforts into the GRA are focussed on understanding the effects of pastoral farming management practices on soil properties such as soil carbon dynamics. New Zealand researchers currently collaborate with researchers in France, Germany and Ireland.

Waikato University’s Professor Louis Schipper, one of the leaders of the NZAGRC’s Plants and

“The NZAGRC-funded research programmes are producing usable results, outputs and publications. We ensure outcomes lead to practical solutions, some of which are already happening at a pilot scale on New Zealand farms.”

Cecile De Klein, another of the Plants and GHGs programme leaders, notes that the NZAGRC’s approach to managing soil health is through a combined nitrous oxide and soil carbon research programme.

“It’s important to understand plants’ interactions with soil and then the greenhouse gases, such as nitrous oxide, that are emitted through agricultural activities. With an all-encompassing programme, we’re able to identify plant traits for low emissions, and mitigation practices that maintain soil health – and carbon stocks – while reducing nitrous oxide emissions at paddock scale.”

The Plants and GHGs work programme on the ground, in paddocks and in laboratories, includes animal feeding trials to investigate whether growing plantain as a fodder would modify nitrogen processes in animals and soils. A sward containing 60% plantain has been established at a Waikato farm. Carbon balances and nitrous oxide emissions have been continuously measured in comparison to a ryegrass/clover sward.

Other work includes measuring the impact of importing feed for cattle. Carbon balance measurements over maize are continuing so that the carbon balance of feed production and importation of feed can be compared.

All of which are managed within the context of improving plant and animal productivity while maintaining a healthy soil.

De Klein says “NZAGRC and GRA funded researchers are playing key roles as new policy and industry led initiatives are developed, for the benefit of New Zealand and the international community. World Soil Day gives us a chance to showcase the efforts we are making to support national and international initiatives.”

A software providing greenhouse gas emissions measurement and scenario planning programme for the whole farm has been released.