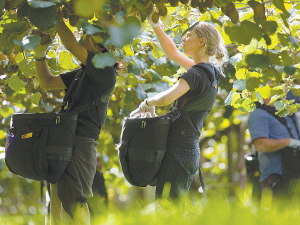 Seeka is upping its kiwifruit investment in Northland.

Seeka is spending $20 million on building a packhouse, packing machine and coolstores at its new Northland facility over the next two years.

“We are seeing a significant increase in trays supplied by new growers with 250 million committed so far. Once complete our Northland facility will be world class and a leader in the Northland kiwifruit community,” says chief executive Michael Franks.

Franks told Rural News the 8300 sq.m new packhouse facility at Kerikeri has been built and the processing machine is largely installed. It will be ready for the harvest in a few weeks.

Orchard sales have been good since Christmas and Seeka will update the market in the next two to three weeks.

Support has been great from growers in Northland and having Northland’s first near-infrared (NIR) technology will help some get a better yield out of their fruit.

“We have signed significant growers, who previously used to have their fruit trucked out of Northland to get it packed, but who now are going to get it packed locally. We are delighted they are doing that and supporting us.

“We are pretty delighted with how things are going up there.”

Franks says the $32.31m purchase of the Northland kiwifruit packhouse, orchards and related business from Turners and Growers Horticulture was a highlight of the year. Additionally Seeka bought 19.9ha of Zespri SunGold licence for $5.66m for grafting.

“This significant and successful acquisition was the result of substantial planning as Seeka sought to grow its Northland operations alongside its loyal grower base,” he says.

“The business seamlessly transitioned mid-harvest and performed operationally and financially to expectations. As planned, Seeka immediately began selling the Northland orchards to buyers prepared to commit to a long term Seeka supply contract.”

Of the 140ha of available orchard land worth $24.2m, 54ha is under conditional contracts worth $7m and 86ha remains to be sold this year.

Franks says while kiwifruit is Seeka’s foundation crop, the company has business in avocados, pears and kiwiberry.

The company had increased earnings at the Delicious Nutritious Food Company in the second year of operations – pre-tax earnings of $0.46m (2017: $0.29m)

A major investment plan is underway to handle forward growth in volume from growers. Upgrades costing $18.56m at Oakside will increase packing and coolstore capacity over two years in addition to the new packhouse and coolstores at Kerikeri.