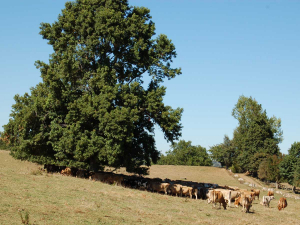 As at February 18, seven beef herd and one dairy herd were infected: one herd was cleared and 14 herds were under investigation. TB has been detected in 29 animals.

DNA strain-typing indicates the source of infection is from wildlife.

Agriculture Minister Damien O’Connor was told by Ospri that the outbreak resulted from the failure of a buffer zone on the edges of the existing movement control area.

“I’ve asked them to look at all the buffer zones in place right across New Zealand to ensure this won’t happen again,” O’Connor says.

“We will manage this cluster of infection and return Hawke’s Bay to TB-free status.

This week, Ospri is holding farmer meetings to update where things are at: farmers will also learn about possum control, movement control areas and getting help with NAIT.

“Flare ups have occurred from time to time and should not undermine the long term target of eradication across all New Zealand.”

The Canterbury TBfree committee chair Malcolm Gilbert has retired after 15 years in the role.