Green Party gets it wrong on organics 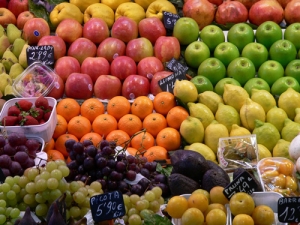 OANZ chair Doug Voss says, "Any political party is entitled to its views, but is not entitled to inaccurately re-present the report's findings."

OANZ, the peak body for the organics sector, does add the Green Party's enthusiasm to further grow the sector is welcomed.

Chair Doug Voss says, "Any political party is entitled to its views, but is not entitled to inaccurately re-present the report's findings."

He says that a media release issued by the Green Party on April 7, in the wake of the report's release, contained many factual errors, in particular its portrayal of the New Zealand organics sector as going backwards compared to other countries when in fact it was growing strongly, having grown by more than 11% per annum since 2012, as the report outlined.

"In the interests of an informed public debate, OANZ has a duty to correct these errors so that our biennial sector report can assist policy-makers and commercial players alike in planning for the future," says Voss. "We can absolutely do better and support efforts to improve in all areas, and we welcome healthy debate, but cannot allow misrepresentation of our report to go unchallenged."

Below are excerpts from the Green Party media release, followed by Voss' comments to clarify.

This headline is incorrect. NZ's organic sector is worth around half a billion dollars in a market of around 4.4 million people, compared to a $1.2 billion sector in Australia, a market with five times the population. The NZ organic sector on a per capita basis is considerably larger than Australia's, and many European countries, including the UK and France.

· "The 2016 New Zealand Organic Market Report, released today, shows there has been a 55% decline in the area of New Zealand farmland producing organic livestock in 2015. At the same time, organic farmland in both Australia and the EU increased, alongside a 15% growth in the value of the Australian organic sector."

While there has been a decline in land under organic production in some types of farming, organic production in other areas has increased significantly, for example wine up by 128%. To highlight only farmland decreases is misleading. Furthermore, the overall value of the NZ sector has increased strongly and we are actively engaged with the sectors where there is decline. To suggest NZ has declined while others have grown is incorrect.

· "It's shocking that organic production has plummeted in New Zealand while in the rest of the world the sale of organic products is increasing 25% each year," said Green Party organics spokesperson Steffan Browning.

Organic production in New Zealand has not plummeted, but grown in value by 11% per annum since 2012. The 25% global sales growth number refers to total organics sales. While this is higher than growth in NZ certified organics (11%), it is not a like-for-like comparison. Growth in retail sales of organics in NZ has grown 127% over the period, if we include imports. If we therefore include all sales NZ and imported goods our growth is around 40% per annum, higher than the global average. As consumers, Kiwis are among the most enthusiastic users of organic products in the world, as our market research shows.

· "Organic farming is integral to New Zealand's clean green brand. It's embarrassing we have fallen so far behind the rest of the world."

We haven't fallen behind the rest of the world. On a per-head-of-population basis, our sector is larger than many other markets. Our organics sector is worth around half a billion dollars in a global sector worth $80 billion. As a country of around 4.4 million people, we are, in many respects, punching above our weight.

The Green Party may advocate this policy, but OANZ is not aware of any of its members that want the government to do their marketing for them.

· "Let's take this opportunity to be the world's key supplier of organic products," Mr Browning said.

We already are in areas like kiwifruit, apples, wine, and dairy, as the report describes.

Voss says that OANZ welcomed the Green Party's ongoing support for growth in the organics sector, but was dismayed it had inaccurately portrayed the findings of its report on the sector in order to state its political viewpoint.