Getting people to drink more milk 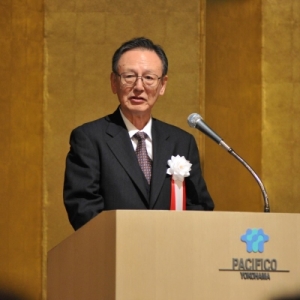 FLUID MILK CONSUMPTION is declining throughout the world while cheese and yoghurt consumption is up, the World Dairy Summit in Yokohama heard.

International Dairy Federation Japan chapter president Kenichi Unno says since 1960's in traditionally milk-drinking countries in Europe, North America and Oceania, and since 1990's in Japan, fluid milk consumption has been declining. Unno says cheese and yogurt consumption is increasing so milk and dairy products as a whole are still increasingly consumed.

"But the increase of cheese and yoghurt is supported by new merits such as taste and effect on intestinal flora, and differs from the long advocated benefits commonly applicable to milk and most dairy products," he says.

He believes the reduction in liquid milk consumption can be put down to several reasons – one is amid abundant food supply, nutrition has ceased to attract people.

"More, where obesity is a big problem, many mistake good nutrition for high calorie.
"Further, there are some who, by ignorance or intentionally, speak ill of milk. And clever merchants take advantage by creating various artificial products competing milk and dairy products."

Unno urged dairy producers to "break this vicious circle, and turn the table around".
The World Dairy Summit, which ends today, attracted 2000 delegates from 60 countries.

Meat and dairy beat out forestry

A bit longer extension would be nice

The Government has extended the deadline for submitting on its freshwater discussion document: farmers say the two-week extension isn’t enough.

Yili thanks Westland shareholders for strong vote of confidence

Chinese dairy company Yili has thanked Westland Milk shareholders for their faith shown in allowing it to become custodians of one of New Zealand’s most trusted brands.

$64m gain from sale for Fonterra

Fonterra has pulled the plug on another investment overseas as the co-op continues to rebuild its balance sheet.