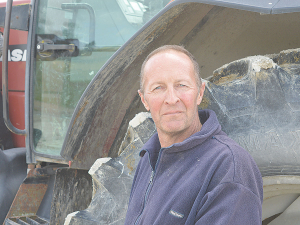 OPINION: The Government's proposed review of genetic engineering needs to be widened to address its potential benefits to the agriculture industry and climate.

Recently, Environment David Parker said on Newshub Nation that they (the Government) were not planning to look at making it easier to have field trials that could greatly benefit the agriculture sector.

New Zealand’s primary sector accounts for 11.1% of GDP and contributes $52.2 billion in export revenue. As a nation, we can’t afford to lose our competitive advantage and be left behind as genetic engineering advancements transform the agriculture sector around the world.

ACT would make changes to the Hazardous Substances and New Organisms Act to allow the agriculture industry to access game-changing technology that can revolutionise agriculture.

Take, as an example, the High Metabolisable Energy ryegrass – invented by New Zealand’s own AgResearch. This grass has the potential to reduce livestock methane emissions by around 23% and ensure less nitrogen is excreted into the environment by livestock feeding on this ryegrass.

The only problem is that, thanks to our outdated legislation, it is illegal to use it in New Zealand.

Former chief science advisor Sir Peter Gluckman has highlighted this technology and suggested legislative change in his report to the Government in 2019, saying:

“These are not able to be field trialled here but may be an effective way of sustaining productivity while lowering dairy cow numbers and the environmental burden of methane emissions.”

Our trans-Tasman neighbours modernised their GE laws in October 2019. New Zealand risks being left behind if we don’t do the same.

If the Government is serious about reducing agricultural emissions it should be looking at solutions like this – before taxing and destocking.

ACT would liberalise New Zealand’s laws on genetic engineering and allow New Zealand’s agricultural industry to be a leader, not a laggard, in this field.

"Show the benefit to NZ!"

A law change that will require overseas investors prove their forestry conversions will benefit New Zealand passed its final reading in Parliament yesterday.

The Act Party is asking the Government to be transparent and clear with farmers regarding the potential for an outbreak of Foot and Mouth Disease (FMD) in Australia.