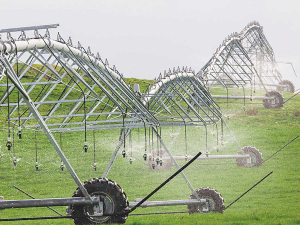 The Kaikohe project is expected to create 70 jobs in Northland.

IrrigationNZ is commending the Government for funding further water storage as part of its post-COVID infrastructure fast-track.

Yesterday, the Government announced eleven infrastructure projects to be fast-tracked under a new law to help rebuild the economy after the COVID-19 pandemic.

One of the earmarked projects is the Kaikohe water storage facility in Northland, providing water for agricultural and horticultural use, as well as drinking water for the area.

The project is expected to create 70 jobs in the drought-hit region.

Last week, the Government announced it would be investing a further $37.5 million into water storage at a site in Ngawha, Northland.

Shortly after the announcement, IrrigationNZ announced that it wants the prioritisation of water storage in Northland extended to other dry regions.

“It is very promising to see our country move toward embracing the right mix of regulatory and environmental frameworks to allow water infrastructure to develop for the benefit of all - including the environment and Iwi,” says IrrigationNZ chief executive Elizabeth Soal.

“The slow and often clumsy RMA process has long been a stumbling block for progressing pragmatic and necessary water infrastructure in areas where it is sorely needed by the community,” says Soal.

Soal says reliable water is integral to the ongoing sustainability of New Zealand.

“The next step is an overarching water strategy to guide planning and ensure further water storage development is in the right place, for the right reasons, with the right funding.”

This morning, Agriculture Minister Damien O’Connor said the primary industry is in a good position to help re-boot the economy, with primary exports on track to grow by $1.7 billion on last year.

“Access to reliable water is key to this growth,” says Soal.

Environment Minister David Parker says the eleven infrastructure projects included in the COVID-19 Recovery (Fast Track) Bill will be introduced in the House later this week.

Parker says that the principles of the Treaty of Waitangi, and Treaty Settlement obligations will apply to all projects under the Bill.

Once the Bill passes, the projects will be referred directly to Expert Consenting Panels, which will set appropriate conditions on the projects before they can proceed.

Parker has encouraged further applications to be sent to him which will be assessed as part of the Fast Track Bill to stimulate the economy.

IrrigationNZ is encouraging communities to come together to identify water storage options for their area to ensure themselves and the country be more resilient to economic shocks like COVID-19 and future implications such as climate change.