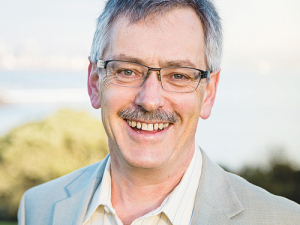 Oram believes it is “incredibly difficult” to turn around Beingmate and Fonterra’s 18.8% stake will “ultimately be valueless”.

He made the comments at a North Asia Centre of Asia-Pacific Excellence event in Auckland; Oram spoke on “Fonterra’s travails in China”. About 50 people, including former Fonterra directors Greg Gent and Colin Armer, attended.

Oram, who has been visiting China as a business journalist since 1979, believes the Beingmate investment, worth $750m in 2015 was a wrong move.

It was battling the aftermath of botulism crisis both at home and abroad; Danone, a large infant formula customer had severed ties leaving its Darnum infant formula plant in Victoria seriously underutilised.

Fonterra was also out of the game with its own brand of infant formula in China; desperately needing to build its reputation with Chinese Government and consumers.

The solution was Beingmate, with 10% infant formula market share via a vast network of affiliated retailers. Beingmate was already a Chinese customer for Fonterra ingredients for formulas.

“They knew Fonterra had to find a major partner to make Darnum economically viable again; Fonterra was eager to overcome its market failure in China with its own infant formula brands; and Fonterra believed it had to show the Chinese government it was serious about investing locally despite all its setbacks,” says Oram.

But Beingmate never became the “game-changer” that Spierings had envisaged.

In fact, Beingmate’s problems were beginning to surface as Spierings and Xie finalised their deal.

Oram says of the seven strategic objectives Fonterra gave for its Beingmate, only two have borne some fruits; Beingmate is selling Fonterra’s Anmum infant formula but sales have been minimal. Beingmate also took a 51% stake in the Darnum plant but is buying less than its share of the factory output.

“The other five strategic objectives simply have not eventuated, simple as that,” says Oram.

“Beingmate plunged into loss shortly after Fonterra took its stake; it hasn’t paid any dividends to date so Fonterra has lost out on that.”

Fonterra has written down its Beingmate investment from $750m to $244m, a 67% devaluation.

Oram says Fonterra was under pressure to make a big strategic investment in China and Beingmate took advantage of the co-op’s position.

He says it would be interesting to get a copy of the Fonterra board’s due diligence on Beingmate before its investment – given the company “was already on a slide when Fonterra was taking an interest in it”.

Despite Beingmate failing to deliver on the prospects promised, Oram noted that Fonterra’s board and management had “doggedly stuck” with the company.

“It seems Fonterra’s board was hoping for the best, but never prepared for the worst; that question needs to be asked of directors.”