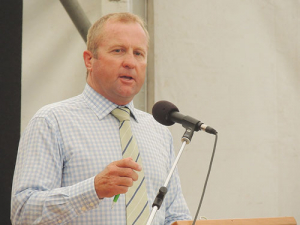 The Meat Industry Association (MIA) says the proposal is absolute nonsense, is unnecessary and is premature.

Petersen, a sheep and beef farmer from Waipukurau, says for the UK and EU to claim that the 50:50 TRQ split is consistent with other deals done is nonsense and puzzling. Petersen says NZ worked hard in the 1970s and early 1980s to get a fair deal and especially the flexibility in the present deal.

“NZ’s argument has always been clear and considered: that we do not think there is a need to split these TRQs even if Brexit goes ahead as currently planned,” he told Rural News.

“The ability to have flexibility for NZ exporters to sell to the highest value market right across Europe is not just a benefit for NZ farmers, it is benefit a for UK and EU farmers as well. We are not looking for windfall gain out of this, but NZ will be worse off under the current proposal and we are saying under WTO rules that principle is absolutely rock solid in that no country should be worse off after notifying a change.”

Petersen says many issues on Brexit are unresolved and the filing of this latest schedule doesn’t make sense.

The time is right for new initiatives in providing greater business-to-business engagement through the use of a digital marketplace, says Mike Petersen.

A mate of the Hound reckons outgoing special agricultural trade envoy Mike Petersen, who is due to finish his current role at the end of the year, is currying favour – and job prospects – with the Government by backing its moves to lump agriculture into the ETS.