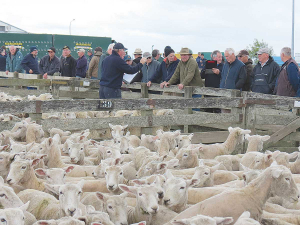 Farmers remain cautious and even wary – despite the sector having done reasonably well during the COVID-19 pandemic – according to the latest rural report from the BNZ.

The bank’s Rural Wrap report, published earlier this month, says this should not really surprise anyone.

“A global pandemic simply demands vigilance from a sector that sells the bulk of its produce into offshore markets.”

Report author and BNZ economist Doug Steel says farmers the ‘economic situation’ has been catapulted up the list of farmer worries – after being well down the list in previous surveys.

In the latest survey, a net 15.6% of respondents put the economic situation as their single greatest concern – up sharply from 1.9% back in January.

“Disruption caused by the impact of Covid-19 on the world economy and fears of recession, trade wars, and protectionism is likely to be a large factor weighing on farmer sentiment. This stands to reason,” Steel says.

According to the report, the economic situation has overtaken the individual policy-related concerns among farmers – such as regulation and compliance costs, climate change policy and the emissions trading scheme and freshwater policy.

“However, all these areas still loom large for farmers as they occupy three out of the top six spots on the greatest concerns list,” the report notes.

Meanwhile, according to the report, worries about debt, interest, and banks have decreased to seventh place on farmers’ greatest concerns list (at just over 4% in the latest survey, down from 8.2% in January and 9.6% a year ago).

“This may reflect generally low interest rates that will be helping debt serviceability and profitability for many,” Steel adds.

He adds that easing farmer concerns in this area come despite a recent RBNZ survey showing tighter agriculture credit conditions.

This survey also recorded variable credit demand over the first half of 2020 with weakness in dairy, strength in horticulture, and more demand for working capital from sheep and beef farmers experiencing drought conditions and delays to livestock processing.

Less positive is the marked increase in farmer concerns around farmgate and commodity prices. Some 11% of farmers cited this as their biggest concern, up from 3% six months ago.

“For sure, some prices like venison and wool have weakened materially and to below averages over recent years, but other prices have held up reasonably well in the circumstances,” the report notes.

“Indeed, prices for many of NZ’s major primary export products are still in touch with – even above – their respective five-year averages.”

Meanwhile, the report finds that farmers do expect some decline in their own farm’s profitability over the next 12 months. Overall a net 35.5% expect profitability to fall, with 12.1% expecting improvement and 47.6% expecting deterioration.