Farmer confidence up but looming costs remain a worry 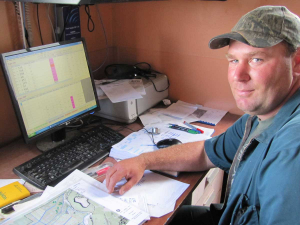 Farmer confidence is up but they doubt general economic conditions will improve this year, says Federated Farmers.

Feds economics and commerce spokesperson Andrew Hoggard says higher commodity prices are boosting farm incomes: there has been a slight rise in profitability expectations over the next 12 months.

Nearly 1,500 farmers responded to the January survey conducted by Research First, and just on 46% of them expected economic conditions to worsen over the next 12 months, a 5% decrease on the July survey finding and the first positive change in forward-looking expectations since that benchmark peaked in July 2017.

However, there was no change in the very small proportion of farmers who expected conditions to improve (4%). Just over 46% expected no change in economic conditions (up five percentage points).

"That negative sentiment, albeit slightly improved, is consistent with the findings of other recent business confidence surveys," Hoggard said.

Compared to July last year, the proportion of farmers expecting their profitability to improve is up three points to 24%, and those expecting it to worsen is down 4 points to 21%.

"There’s a bit of buoyancy over sustained strong commodity prices generally and there’s a noticeable 9-point increase in the number of farmers who expect to reduce their debt over the next 12 months - no doubt in part due to the squeeze coming from banks," Hoggard said.

Federated Farmers president Katie Milne says it's agriculture’s time to shine by stepping up now “when the country needs us more than ever”.

Latest forecasts suggest New Zealand’s arable farmers have to date been less affected than other primary industry sectors by COVID-19 and the drought.