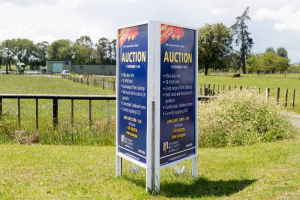 REINZ rural spokesman Brian Peacocke says nationwide sales data for the 3 month period ending 31 May 2019 confirms the general easing in sales activity currently being experienced around the country compared to the equivalent period 12 months ago.

“In spite of that trend, however, sales activity for the month of May 2019 alone has continued surprisingly well in most land use categories compared to mid-autumn figures, the exception being a solid lift in sales numbers for grazing properties.

“On the rural front, discontent smoulders strongly in a number of regions, fanned particularly by the ongoing emergence of evidence of sales of good pastoral land to forestry interests, this activity being aided and abetted by the Overseas Investment Office providing an environment conducive to investment from off-shore interests.

“This factor, coupled with the inexorable grind of the full range of compliance issues and an evident hardening of lending criteria from within the banking sector is adding to a mood of widespread concern and caution within the rural sector.”