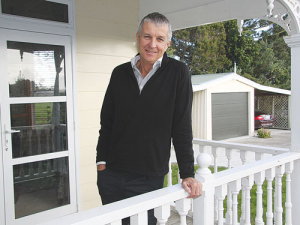 A former Fonterra director says the co-op could suspend dividends to shore up its balance sheet rather than sell key assets.

Greg Gent says farmers and investors would understand if the co-op suspended dividends to get its books in better shape. And it could suspend dividends and sell some assets that don’t align with its new strategy.

However, he wants to see the co-op’s strategy before decisions are made on selling assets.

“The co-op must first have a strategy and then sell assets that don’t co-relate to the strategy,” he told Rural News. “I haven’t seen a strategy, but I’m not on the board any more.”

Fonterra’s new chief executive Miles Hurrell is hoping to reduce the co-op’s debt by $800m this year; asset sales are to help achieve this target.

The co-op is looking at offloading its disastrous investment in Chinese food company Beingmate and the sale of its iconic ice cream brand Tip Top.

But Fonterra’s announcement triggered angry response on social media. A petition was launched by Taranaki farmer Matthew Herbert to block the sale of Tip Top; over 5000 people have signed it online so far.

“Tip Top ice cream is one of the biggest links between fresh New Zealand milk from Fonterra farmers and people who live in our cities. Sign the petition and help farmers save Tip Top from the chopping block! Lets tell Fonterra to hold onto Tip Top and keep our delicious ice cream going from farm to freezer.”