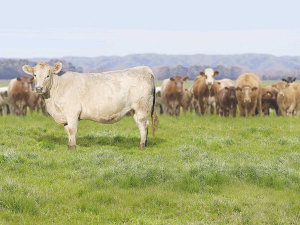 The piloted NZFAP Plus Standard covers land and water management, and greenhouse gases.

A new voluntary sustainability and continuous improvement standard developed by the Red Meat Profit Partnership (RMPP) has been piloted by sheep and beef farmers.

33 farmers took part in the pilot programme to determine the achievability, cost and benefits of the draft standard, with the results highlighting support for the initiative and potential gains. The farmers also provided valuable insights that will help with programme implementation.

Alan McDermott, project manager, says the draft standard gave many of the pilot farmers the confidence to act, including reinforcing and validating they were on the right track, opportunities for improvement and a clear direction and framework to follow for making decisions about resource management.

“This is something farmers have been seeking, with farmers saying it is necessary and timely. Farmers reported the standard provided a foundation for clear, precise and consistent communication with their farm team, including their bankers, advisors, employees and communities, and supported proactive and planned decision making.

“It also provides a very clear means for farmers to underpin the Fit for a Better World and Te Taio strategy, as well as processors’ marketing strategies,” McDermott says.

He says the standard supported farmers in making farm system changes that would protect and enhance natural resources, which would ensure sustainable production in the future.

Most of the pilot farmers were now looking at their land and business differently as a result of the trial, he says.

“The existing knowledge of farmers must be acknowledged – there are many examples of excellence highlighting that many farmers are well down this path already,” McDermott says.

The costs faced by farmers to prepare for NZFAP Plus also varied widely from a few hundred dollars to up to $16,000 where farmers needed to bring in professional support to map their farm, complete a nutrient/GHG budget and develop a comprehensive action plan covering land, water, GHG and biodiversity.

There would also be some ongoing costs associated with outcome monitoring, but the greatest costs for farmers would be the continued implementation of their environmental action plans.

“There is no doubt that constructing such a comprehensive farm plan is a challenge, will take time, and many farmers will require significant support. However, it is the best pathway through which farmers can create a legacy and own their future,” McDermott says.

The RMPP programme ends on 31 March 2021 and the NZFAP and NZFAP Plus programmes have transitioned to NZFAI, an incorporated society comprising of 15 meat processing companies, a wool company, a dairy sheep milk company, Beef + Lamb New Zealand, and Deer Industry New Zealand.

NZFAI is now further developing and refining the standard into an operational assurance programme.

More than 8,000 farm businesses are now signed up to the New Zealand Farm Assurance (NZFAP) programme – along with several red meat and wool companies.

More than 8,000 farm businesses have signed up to the New Zealand Farm Assurance (NZFAP) programme, along with growing numbers of red meat and wool companies.

A new NZ National Standard for Wool has been established, under the New Zealand Farm Assurance Programme (NZFAP).

The Otago-based Bruce District Action Group is transitioning to a self-funded group now that the Red Meat Profit Partnership (RMPP) has ended.