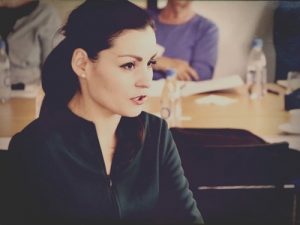 Eva Tvarozkova, deputy chief of mission of the delegation of the EU to New Zealand, rejects suggestions that the decline in dairy prices in NZ results directly from subsidies paid to EU farmers.

Tvarozkova told Rural News the oversupply of milk in the global market has several causes.

She notes that NZ is a small economy easily affected by external shocks or changes in global markets.

In its June Global Dairy Update, Fonterra noted that milk production in Australia and NZ was down 3% for the year ending April 2016.

But Tvarozkova points out the biggest driver of oversupply: the effective Russian ban on EU and other western countries' dairy products.

"All dairy production that was supposed to go to Russia needs to go somewhere else. Ultimately this creates oversupply in the global market, given that Russian is a significant importer of dairy."

Another drag is the slowdown of the Chinese economy, a key dairy market for NZ, also weighing on ourdairy prices. "The volume supposed to go to China needs to go somewhere else, so demand is decreasing."

Tvarozkova accepts that EU farmers have been free to produce any quantity of milk they wish since EU milk quotas ended in April 2015. But she insists EU dairy farmers are not subsidised according to production

"The sort of aid to farmers that used to exist has significantly decreased and is completely decoupled from production," she says. "It means under the new CAP framework there is no incentive for overproduction by dairy farmers."

The lower prices equally lamented in the EU and NZ result from all these global dairy market factors "and clearly cannot be blamed on any sort of overproduction by EU farmers," she says.