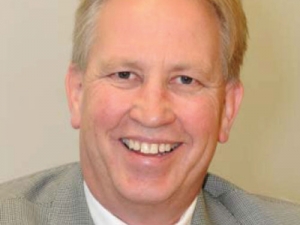 The new welfare code is likely to bring consolidation in the egg industry, according to the Poultry Industry Association of NZ.

Executive director Michael Brooks says with cages to be phased out by 2022, the minimum cost of conversion for even a small-medium producer will be $1 million.

However, he warns that these minimum increases in costs will be 15-20% and the price of eggs will rise.

But despite a tough timeframe to meet new welfare standards, egg demand is rising and Brooks says the industry has a bright future.

The new 2012 welfare code requires a step-by-step process to phase out caged egg production. The first cages were to have gone by 2016 but that's been moved back to 2018 because it wasn't able to be done in time – a fact independently confirmed, Brooks says.

Under the new code of welfare about one third of the cages must be gone by 2018, another third by 2020 and all battery cages by 2022. And the new Animal Welfare Act will make some practices into offences. "We are happy with that; we want to make sure everyone meets the standards," Brook says.

The alternative options for egg producers are barns, free range or colony. They could also go to aviary but that's a European system not yet big here.

Brooks says the conversions will be costly. To switch from cage to colony even for small-medium size farms will cost about $1 million.

"Some of the older farmers are probably weighing up when the time comes whether to get out of the sector," he says.

"If you go into free range you need to buy land and set it all up, so there are costs.... The minimum we are looking at is probably a 15-20% increase in costs just to enable farmers to go to colony alone, to get the funding together and set up the operations. And that is a cost the consumer will have to pay for.

"The price of eggs will go up; it is a question how much but there has to be some increase. There is simply too much cost in the new changes not to cause an increase."

Small-medium size cage farmers may see the cost of borrowing for new systems as too much.

"Also, like a lot of agricultural industries in NZ, the age profile is on the older side and you'll have farmers who will says 'at my age do I want to take on this big loading of debt and work my way through it?'. They'll probably look to sell to someone who is able to do that or farm out of the system as the time comes for the cages to be removed.

"You will probably see fewer but bigger farms, both in the free range and the cage [colony] sector."

An egg shortage in the future is a possibility. "It is a complex process, you have to order the chicks, hens take five months to get to their date of lay, you've got to get your rotations right in ordering the birds ahead, there's a question of costs and we know some farmers have had issues in getting through the Resource Management Act to get new farms; it's taken a lot longer.

"That is one of the reasons when the code first came out we said the timeframe is just too short, there will be all these holdups. Lining up money, lining up resource consent, getting equipment from overseas – some equipment comes in from Europe. If people get those timings wrong, there may well be an issue [of supply] there."

An egg shortage is "probably not going to happen but could happen".

Meanwhile demand for eggs is growing. It is seen as a healthy option and scientists seem to have agreed there's not the issue with cholesterol that people thought about 10-15 years ago.

He says it is a tough timeframe for conversion and a difficult one. But there is an increasing demand for eggs, with an average of about 226 eggs per person per year, and a small but growing export industry.

"So the future is looking bright for the egg industry at the moment."

SPCA gets in on the act

A 'Blue Tick' accreditation scheme being offered by the SPCA for egg production can be viewed by producers as a marketing tool they may or may not want to use, says Brooks.

Colonies are like larger cages with 20-60 birds but they have nesting areas, perch areas and scratch pads. They are deemed to meet the act; in fact they are deemed to be as good as barn or free range in different ways, says Brooks. The barn, free range or colony systems all have advantages but are all deemed appropriate.

The SPCA is offering a 'Blue Tick' which is an audited accreditation scheme giving consumers a guarantee that the products they are choosing are humanely farmed. SPCA supports barn and free range and is looking at aviary systems but does not support colony cages.

Brooks says 'Blue Tick' is an option which egg producers may wish to consider as a "marketing device".

"If farmers believe in the system for their marketing they may wish to use it," says Brooks.

"We don't want that sort of thing to happen but if people believe they want another system to audit farms they are entitled to do so. But it's a marketing call."

Burger King NZ will start to use free range eggs in its restaurants, New Zealand wide from September 1.