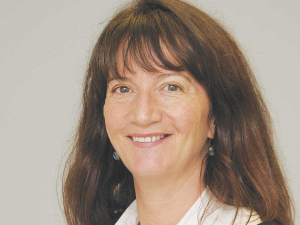 Chair of the Rural General Practice Network Dr Fiona Bolden says that in some cases such practices have suffered a 90% drop in the cash coming across their counters.

She says with less money coming from consultations and a huge drop in ACC-related claims, some rural practices are facing a financial crisis.

“Our people still have to pay the rent and staff, and nobody wants to lay off staff, but I have heard anecdotal stories about that happening around the country,” she told Rural News.

“But those staff are going to be needed as people start to get more ill. Our people are trying to manage the anxiety and uncertainty and getting used to new ways of working,” she says.

Dr Bolden who’s on the GP’s Leaders Forum says they have approached the Ministry of Health for special assistance and some money is being made available.

Ashley Bloomfield, director general of the MOH, told media that more funding would be made available.

One of the unique problems facing rural GPs, says Dr Bolden, is the influx of people from cities and towns into small rural communities where these folks have baches and are self-isolating there.

She says this is putting huge pressure on surgeries where these people are trying to get flu immunisation and they are not registered with that medical practice.

“We are having difficulty meeting the needs of our own patients – let alone people from elsewhere. Lots of people have been doing that and the Coromandel has been badly affected as has the Lake Area in Central Otago,” she explained.

“With these people coming in from outside the district it is increasing the risk of community transmission in the local population.”

OPINION: Questions have to be asked about the Government's Covid strategy.