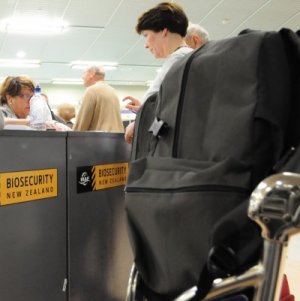 A 58-year-old Chinese man was sentenced in Manukau District Court last week for trying to bring a variety of unauthorised plant seeds into New Zealand.

Kwan Sang Cheng arrived at Auckland International Airport on a flight from Hong Kong. He filled out a Passenger Arrival Card and ticked 'yes' to bringing in food but ticked 'no' to possessing any plant material.

Cheng was questioned by quarantine inspectors regarding his declaration of food and had his baggage inspected. The search revealed the plant seeds in his jacket. When asked what they were and if they were for consumption, Cheng said they were not food and that he intended to plant them in a relative's garden in New Zealand.

He also stated that he knew the seeds could not be brought into New Zealand. He was convicted and fined $2500 and ordered to pay court costs of $132.89.

"Plant seeds can pose a significant biosecurity risk to New Zealand's unique environment. Passengers wanting to bring in plant material must declare it so it can be assessed for risk," says Keys.

"There are biosecurity signs located around the airport, quarantine inspectors on duty, and amnesty bins are clearly visible and are provided in the passenger arrival hall for the disposal of any last minute items. So not knowing is not an excuse."

The maximum penalty for knowingly attempting to possess unauthorised goods is five years' imprisonment and/or a fine of $100,000.

"Passengers can ask MPI quarantine inspectors about any items they are unsure about.

"Our vigilant quarantine inspectors are keeping our border safe 24/7 but we also need the public to help us protect New Zealand from biosecurity risks. So make sure you declare."