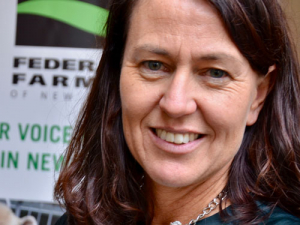 There is no additional funding for the QEII National Trust or the Ngā Whenua Rāhui Fund. Plus, woefully inadequate funding for the control of wilding conifers, Feds arable and biosecurity spokesperson Karen Williams says.

The extremely modest increase in funding for the National Wilding Conifer Control Programme means its work will be going backwards in terms of managing this out-of-control pest.

"We hoped to see the wilding conifer programme receive more like $25 million per year.

"By ignoring the problem all the Government is doing is pushing the responsibility further down the line for someone else to fix. If the country is not going to take pest plant wilding conifers seriously then it’s about time it was just said out loud."

QEII and the Department of Conservation’s Ngā Whenua Rāhui funded covenants provide the most cost effective and secure method of protecting and enhancing biodiversity values on private land.

Federated Farmers has worked closely with other non-government organisations and the Government on developing a workable National Biodiversity Strategy as part of the Biodiversity Collaborative Group. This group has identified the benefits of supporting the protection of indigenous biodiversity on private and Māori-owned land respectively. The benefits cannot be overstated and the demand for new covenants have outstripped demand.

"The Crown and the public expect greater protection of biodiversity value on private land to occur. How can work continue if the Government is not prepared to help fund it?"

QEII covenants protect more than 180,000 hectares on private land and play a critical role as a refuge for some of New Zealand’s rarest and most endangered ecosystems.

"It’s unfortunate the Government can’t see its way to support conservation efforts with a tried and true track record."