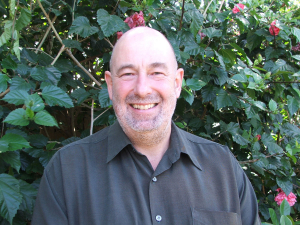 Horticulture NZ says that the Climate Change Response (Zero Carbon) Amendment Bill needs to be amended to include all the Paris Agreement, including safeguarding food production.

The government has set a new emissions reduction target for all greenhouse gases, except methane, to net zero by 2050. The target is in line with New Zealand's commitments under the Paris Agreement.

“At the moment, the Bill just focuses on one part of the Agreement, climate change,” said HortNZ Chief Executive, Mike Chapman who appeared before the Climate Change Select Committee this morning.

“The full Agreement makes it quite clear that countries need to find ways to adapt to climate change "in a manner that does not threaten food production".

“As currently drafted, the New Zealand Bill makes no mention of food production. To the horticulture industry, this is a significant oversight given this legislation will be fundamental to New Zealand’s future.

“New Zealand’s primary sector is already one of the most carbon efficient in the world. However, to meet future obligations, we will need to reduce the carbon needed to produce the whole food basket, while not reducing the volume or nutritional value of that food.”

Chapman said as it stands, the Bill is like saying a half built house is completely finished.

“We feel strongly that the Government needs to honour the full Paris Agreement and make amendments to the Bill to ensure that New Zealand has food security.

“By the term food security, we mean that our country is able to grow all the fresh and healthy food that we as New Zealanders need. This will be in a world where it is increasingly difficult to import fresh food, due to all manner of challenges. The impact of climate change, isolationism and trade tariffs will be the key issues.”

Horticulture's export revenue growth is likely to be about 10% in the current financial year – not the 3.8% forecast by the Ministry for Primary Industries.

HortNZ says the Government is moving in the right direction with its increase in recognised seasonal employers (RSE) workers.

A big future ahead

Age hasn't been a barrier for young vegetable grower of the year Austin Singh Purewal.

Moves by the Government to protect highly productive land must focus on maintaining the productive capacity of that land, says HortNZ.