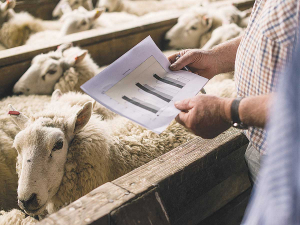 The New Zealand meat sector body says the overall value of exports in February 2021 was the same as February 2020. However, it points to major shifts in the destinations for products - with exports to China increasing 124% year-on-year, but dropping for most other markets.

"Twelve months ago, we witnessed the early impact of Covid-19 in China and the industry moved decisively to shift New Zealand beef and lamb products to other markets in line with where the demand was," MIA chief executive Sirma Karapeeve says.

"Ultimately, the February 2021 results show a return to more recent 'business as usual' level of demand with ongoing high volumes to China and steady exports to other markets as we come into the peak of the processing season."

During February 2021, NZ's overall beef export volume of 47,467 tonnes was the highest for this month in more than 20 years.

Karapeeva says this was partly supply-driven, with high numbers of steer and heifer sent for processing in later January and early February, coupled with demand from China.

Meanwhile, the overall volume of sheepmeat exports also increased by 10%, with the 28,080 tonnes sent to China = the highest monthly export to that market.

China remains the biggest market for NZ sheepmeat, followed by the UK and US. Volumes of sheepmeat exports to the US rose by 8% to 2,959 tonnes.

Karapeeva says it's encouraging to see signs of an increase in food service sector demand in the United States, particularly for frozen racks.

"That can be attributed to the ongoing rollout of the Covid-19 vaccination programme there."

In the meantime, Karapeeva says the MIA is continuing to monitor supply chain issues caused by Covid-19.

"This is an area of growing concern with port-related issues both at home and overseas," she adds. "Many of our members are seeing shipping delays and increased costs."

New Zealand red meat exports remained steady in April with a total of $863 million worth of meat and co-products exported to global markets.

Many of the country’s meat coolstores are either packed to capacity or nearing full capacity due to the shortage of containers.