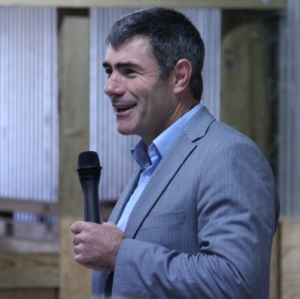 "The boot camp initiative started in 2012 and has involved chief executives working together to grow our export earnings and take advantage of major opportunities around the world.

"There is renewed determination to double our primary sector exports to $64 billion by 2025 and establish New Zealand as a premium producer of food and fibre. This is an ambitious but very achievable goal, with the right policies and leadership from both Government and industry.

"It is great to have so many top industry leaders in one room, prepared to collaborate and share expertise for sustainable growth."

Prime Minister John Key along with ministers Steven Joyce and Guy spoke to the boot camp, which has also featured update presentations from CEOs and collaborative action planning.

"Recent challenges have reinforced just how important the primary industries are to New Zealand. They remain the powerhouse of our economy, making up around 72% of all our exports and generating around $32 billion a year."

The inaugural boot camp began at Stanford University in 2012, and the success of this has led to an ongoing programme of collaborative actions.

Nathan Guy to retire from politics

Otaki MP and former Agriculture Minister Nathan Guy will not be seeking re-election next year and retiring from politics.