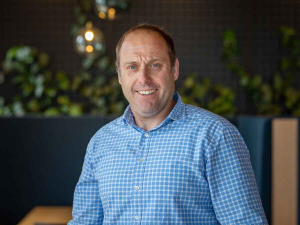 A newly formed beef industry group is condemning a United Nations campaign about the impact of the meat industry on the environment.

A tweet from an official UN account claimed the meat industry is responsible for more greenhouse gas emissions than the world’s biggest oil companies, contributes to the depletion of water resources and drives deforestation.

The tweet was later deleted in the face of widespread criticism, but Bunting said the stated reason for its withdrawal was not that the claim was incorrect, just that the UN could not confirm the source.

The underlying sentiment was still concerning, he told Rural News.

“The UN’s role is to demonstrate leadership, promote peace and bring countries and communities together. Singling out meat in this way for condemnation is unhelpful and inaccurate.”

Bunting says the UN’s claims ignores science, aren’t solutions-focused and don’t take into account the great work of farmers, industry, researchers and governments around the world. “The statement doesn’t tell the whole story: at its most basic level the oil industry is releasing carbon that’s been locked away for millions of years. Meanwhile, meat producers absorb carbon in the pasture before emitting it. In addition, agricultural methane is largely depleted within 12 years,” he explains.

“The food industry is in a unique position: while generating emissions, the production of food and fibre also has the potential to sequester carbon,” Bunting adds.

“Around the world, meat is an essential protein and globally farmers are doing an amazing job at helping to feed the world.”

The tweet was part of the UN #ActNow campaign, designed to raise awareness about climate change. That was not the problem, said Bunting.

The Australian website beefcentral.com sought an explanation from the UN as to why the tweet was removed and received this reply:

“The material in the tweet was deleted because it did not come from a UN source.

“This does not mean we regard it as misinformation, we simply take care to use UN sources for the information in our tweets and that did not happen with this tweet, so it was withdrawn.”

Bunting said that explanation in itself is concerning.

“What does that suggest? The underlying premise is what, that this is a stance that the UN is looking to adopt?

“There’s absolutely no science or fact supporting it and it’s frankly a very dangerous statement to be making on a global basis because of the implications that has, right through the beef supply chain.”

Bunting said the NZRSB, and other entities including the NZ Government, needed to align on the issue, and engage with the UN.

“There needs to be some ongoing conversation to ensure that this sort of nonsense isn’t reiterated.”

Bunting says there’s a lot of good work going on around the world in this space and a science-based, solutions focus would be more beneficial than this divisive, inaccurate sound-bite approach.

“The Global Roundtable is taking a stand on this and is raising its concerns directly with the UN.”