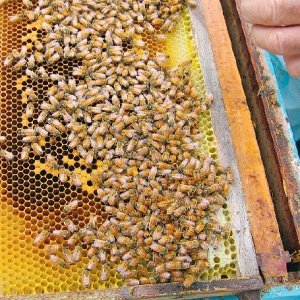 National Beekeepers' Association president Barry Foster says he will talk to MPI about improving their communication following the independent report into how the devastating kiwifruit vine disease PSA came into this country.

The Australian report couldn't identify exactly how PSA got into the country but identified shortcomings in New Zealand's biosecurity system.

Foster says the failings all come down to a communication breakdown between MPI and affected industries.

"This allowed the importation of pollen. In this case the pollen came from plants but if it had come from an overseas beehive it could have had devastating consequences for our industry, as well as the kiwifruit industry."

New Zealand's beekeeping industry is estimated to be worth over $5 billion annually. By providing pollination services it supports many of New Zealand's major agri-export industries.

Foster says GIA or the proposed Government Industry Agreement would be one way of improving the communication between industries and MPI.

"Obviously we, as an agricultural sector, need greater communication with MPI and they with us. Anything to do with plant material being imported into New Zealand has an effect on our industry.

"For instance, if fruit isn't cleared of the small hive beetle there could be devastating consequences for our industry.

"And if beekeepers are badly affected by a pest or disease, there are major flow-on effects on other agri-sectors."

Foster says while there will be some costs to signing up to GIA there will also be some major differences in approach to biosecurity planning and incursion response that industry may feel are well worth the cost.

a potential risk to the industry can have red flags attached right from the beginning.

NBA executive council member Dennis Crowley says everyone knew the investigation into how PSA came into New Zealand would never prove exactly where the infection came from. However he says the report showed up slackness in a number of areas.

"It showed some shortcomings in the way MPI (MAF at the time) deals with biosecurity issues. MPI suggested the kiwifruit industry should have asked more questions about the importation of the pollen. But how can an industry ask about what it doesn't know? MPI needs to check with all industries and get their sign off before it brings anything into this country."