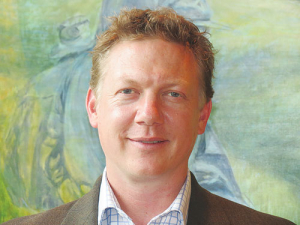 Landcorp is paying members of its contentious environmental reference group (ERG) $1500 a day each – far more than other government body payments.

This has been revealed in answers to an Official Information Act (OIA) request by Rural News to the Government-owned farmer (trading as Pāmu Farms).

“Each ERG member and the chairman is paid a flat fee of $1500 per day they attend the ERG meeting,” Landcorp’s OIA response says. “In addition, the chair is paid an hourly rate for meeting preparation.”

Landcorp set up the ERG in 2015 after protests about the state-owned farmer’s Wairakei Estates forestry-to-dairy farm conversions north of Taupo.

Meanwhile, it looks like members of Landcorp’s ERG are on a pretty good wicket at $1500-a-day, compared with other Government-paid bodies. Members of the Primary Sector Council are paid $500 a day, with chair Lain Jager earning $800 a day. The Tax Working Group members earned $800 a day and chair Sir Michael Cullen earned $1000 a day.

Mark Leslie says there is huge uncertainty in the global markets, as well as issues on the farms themselves.

'It's all part of farming'

"That's farming, isn't it?" This is the reaction of new Pamū (Lancorp Farming) chief executive Mark Leslie to the uncertainty in the global markets and the issues farming is facing in New Zealand.

Pamu bites back at critic

OPINION: We do not mind being held to account.