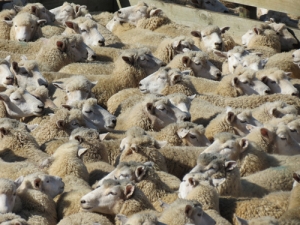 New Zealand's veterinary profession has a leadership role to play in farm animal welfare, says an animal welfare advisor at the Ministry of Primary Industries.

Speaking from the Pan Pac Veterinary Conference in Brisbane, veterinarian and specialist adviser Dr Richard Wild, says that the contribution of veterinarians to animal welfare is becoming increasingly complex.

"The importance of farm animal welfare will continue to rise, as people around the world seek assurances that their food is produced in welfare friendly systems. The veterinary profession has a key role to play, in areas such as assurance and verification services, bringing an ethical perspective and a strong evidence base to animal health and welfare," he says.

"Veterinarians also have responsibilities at both the individual and collective level to show leadership and facilitate debate, helping to inform the public and guiding the evolution of animal welfare standards."

Wild says that while New Zealand ranked first on animal welfare standards (along with the United Kingdom, Austria and Switzerland) in last year's global Animal Protection Index "this enviable reputation is hard won and easily lost."

Wild says that with knowledge of animal welfare and societal expectations expanding greatly throughout the world, New Zealand's veterinary profession must continue to have a leadership role in animal welfare.

He says the NZVA is at the forefront of improving animal welfare, including work to develop ways to better capture data and measure standards of animal welfare.

"This will provide us with the tools and information to make the most needed improvements in managing animal welfare issues.

"The veterinary profession needs to give as much priority to animal welfare, as we do to animal health, animal production, medicine and surgery."