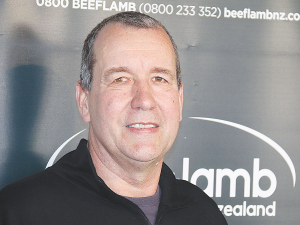 AgResearch's Axel Heiser is endeavouring to get support for a proposal that would see a range of research projects undertaken to deal with FE.

Farmers rate facial eczema (FE) in their top three animal health concerns, yet there is currently no new research being undertaken to combat the problem.

This is because there is no funding. However, that could all change in the next year or so.

Dr Axel Heiser, an immunologist with AgResearch, is endeavouring to get support for a proposal that would see a range of research projects undertaken to deal with FE. There is a degree of urgency in the matter as the European Union has decided to set very low limits on the use of zinc oxide (ZnO) - because zinc is a heavy metal. Zinc is, arguably, the number one remedy for treating FE in NZ.

Heiser says the EU directive will see the amount of zinc that can be used to treat agricultural livestock set at a level that is about 20% of what NZ is currently using for FE control. He says while the restrictions are not necessarily based on hard science, there is a lot of controversy in the EU with the use of ZnO in sunscreen preparations and agriculture.

"Whenever I talk to farmers, FE is always in the three top animals health concerns, but then it competes with the environmental and other concerns and then it drops down the list," Heiser told Rural News.

"Since it is such an occasional, acute disease, everybody hopes to get away with it and we have a hard time trying to convince government to spend money on it. To me, it is an animal welfare problem - the stress it causes. Then there are the market access problems and the productivity problems."

Heiser believes people vastly underestimate the damage FE causes before it manifests itself physically. He says it damages the liver, affects an animal's reproductive capability and causes ill thrift.

"It's hard to detect and we are not very good at detecting it in pasture - except for spore counts that might overestimate it," he explains. "In the animals, we basically only see it only when the physical signs of FE emerge."

It's against that backdrop that Heiser is trying to put together a funding proposal to investigate new ways of detecting and dealing with facial eczema. He says they have developed the proposal with MPI and have been encouraged to proceed with it.

He says because it is seen as an 'industry good' project, it will require 60% of the money to come from the ag sector in order to get the balance of 40% from the Sustainable Fibres and Futures Fund (SFFF).

Heiser says they have had strong support from Beef+Lamb NZ and they are talking to DairyNZ.

"We will talk in the coming weeks with individual breeders who have declared that they will support us with small amounts of money or in-kind support," he adds. "Then we will submit it to MPI and - from there - it goes through a one year process of approval."

Heiser says if they get the funding they will attack the FE problem from all angles. This will include looking at the genetics of the fungus in NZ to see if it is any different to the rest of the world where it is not such a big problem.

He says they want to understand the ecology and the physiology of the fungus to see if it can be managed. They also want to see if they can introduce a predator or a competitor, which can reduce the number fungi growing in pasture.

"Then we want to find better spore count methods and an early diagnosis for the animals so that we can treat it earlier," Heiser adds.

"Then work out a way to replace zinc with other treatments. This includes developing a vaccine which protects against the toxicity."

Breeding animals that have immunity to FE is seen as a solution and one that is working with sheep. However, Heiser says in the dairy and cattle sectors, breeding for traits that mitigate against FE may not be seen as imoirtant as other breeding values.