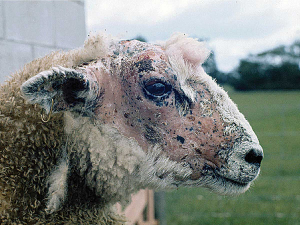 A changing climate means stock in some non-traditional FE areas will be at greater risk from the disease.

As ram buying season gets underway, Beef+Lamb New Zealand is encouraging farmers in at-risk areas to consider including Facial Eczema (FE) resistance in their selection criteria.

B+LNZ’s general manager farming excellence Dan Brier says a changing climate means stock in some non-traditional FE areas will be at greater risk from the disease in the near future.

“We have already seen it spread into the top of the South Island so it would be prudent for sheep farmers to think about using genetics now to future-proof their flocks.”

Brier says even if commercial farmers started this year with a team for highly tolerant FE rams, it would take six years of breeding before any significant degree of FE tolerance was bred into the flock.

The New Zealand sheep industry has been proactive about identifying and selecting for FE tolerant genetics, so commercial ram buyers are well-placed to benefit from generations of breeding carried out by stud breeders in high-risk areas.

FE tolerance is included in the recently launched nProve genetic selection tool and this will help commercial breeders identify breeders who are not only recording FE tolerance, but who are also connected. Connectedness is needed to validly compare the BVs or indexes for animals in different flocks.

Brier says it is as simple as moving the slider for FE under the Health Traits section of nProve. This will generate a list of breeders benchmarked for FE tolerance and the search can then be refined to breed type and/or location

There will be some breeders who appear in the list of results with no value for FE. They are measuring FE but are not connected and therefore are unable to be compared fairly (or benchmarked).

“Most importantly, commercial farmers looking to include FE tolerance in their selection criteria should talk to their ram breeder and ask them about whether they have been selecting for FE tolerance and for how long.”

Brier says FE is a significant production-limiting disease which, in extreme cases, can have animal welfare implications.