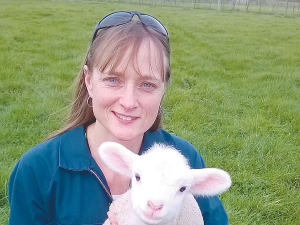 Recently published research suggests that farmers should avoid feeding milk replacers with vegetable proteins and fats to lambs in their early life.

A milk replacer containing 100% milk-based ingredients is better for growth, health, and welfare in the first five or six weeks, the study found.

Carried out by scientists from AgResearch - and funding from NZAgbiz - the research considered the use of different compositions of milk replacers in artificial rearing systems, what it means for animal performance and health, and costs for the producer.

The lambs were able to feed on demand from automatic feeders, with free access to grass hay also available.

Study lead author and AgResearch senior scientist Sue McCoard says the results seen in lambs fed either milk replacer were similar when it came to death rates. However significant differences were observed in growth rates, health and need for use of antibiotics.

"Among the key findings was that feeding a milk replacer containing vegetable ingredients versus 100% milk ingredients resulted in lower growth rates (242 versus 296 g/d) - with four times more lambs failing to reach the minimum weaning weight by the end of the study," she says.

McCoard adds that the cost of health intervention by lamb was $17.20 per head, compared to $7.32 per head for those fed the 100% milk ingredient replacer.

"We also saw a 2.5 times increased likelihood of therapeutic antibiotic use to treat health issues among those lambs reared on the milk replacer containing vegetable oil," she explains.

McCoard says these results indicate feeding lambs in the first five to six weeks of life with milk replacer containing vegetable proteins and fats should be avoided.

The effects of different combinations of milk replacer ingredients used in this study are still to be established.

“It is clear however from this research and other studies, that investing in the right choices around the early life nutrition of artificially reared livestock is important, and has an increasingly important role in animal agriculture,” McCoard says.

“It not only helps producers avoid costly animal health and welfare issues but can also provide an advantage for lifetime performance as well as reducing wastage which is important for sustainable and ethical livestock production systems.”