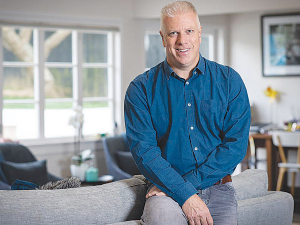 State-owned AgReesearch has partnered with global genomics giant Illumina to upgrade the InfiniumXT tool, which uses single-nucleotide polymorphisms (SNPs) to predict the performance of animals in the breeding stock.

An updated SNP chip, containing 60,000 DNA markers for maternal and terminal breeds, has been developed for NZ sheep industry. The 'AgR Ovine Genomics 60K Plus' SNP chip will be available to farmers this spring.

Its promoters claim that NZ farmers have already been seeing the benefits of the InfiniumXT technology - the first AgResearch developed '18K XT' chip has been available since 2017.

AgResearch scientist Shannon Clarke says this has enabled parentage, single gene test and genomic enhanced breeding values to be delivered from one test for early selection decisions to be made. It is also used for traits that are hard to measure - such as meat quality and methane emissions.

She says the InfiniumXT has enabled a competitive price point for sheep breeders.

Genomic selection (genomic breeding values) can be implemented at a similar price to products that were delivering parentage and/or single gene tests only to the industry, Clarke claims.

"Breeders can select their animals a lot earlier - prior to weaning - from a DNA sample taken at birth or tailing," she explains.

"Furthermore, we have been able to continuously update the SNP chip to include the latest research. As well as increase the number of markers, while maintaining a similar price point."

Illumina senior director Tom Berkovits claims the Infinium technology is the most widely adopted genome-wide genotyping technology globally. He says several iterations of this technology are commercially available, with InfiniumXT being the most recent version.

Berkovits reckons the agility and robustness of Infinium's technology makes it equally attractive and beneficial for academic research, as well as ultra-high throughput genetic and genomic testing facilities.

"As a result, we have a very diverse group of research, agribiotechnology and agrigenomics customers around the world. These include major universities and research centres, as well as leading agribiotechnology and genomic testing service providers, such as Zoetis Genetics, Neogen, and Weatherbys Scientific to name a few," he told Rural News.

The InfiniumXT is Ilumina's most recent innovation on the Infinium genotyping platform, which was invented by Ilumina more than a decade ago.

Berkovits says the InfiniumXT is unique in its capacity to examine large sets of genetic variants in large numbers of animal or plant samples.

"This enables a broad range of applications for livestock, crops, aquaculture, and forestry breeding," he adds.

"This includes standard applications such as parentage testing and verification, as well as novel advanced selective breeding approaches such as genomic selection."

AgResearch has been a long-standing research partner and an early adopter of Illumina genotyping and genome sequencing technologies, says Tom Berkovits.

He says since the mid-2000s – when Illumina first introduced its next generation genome sequencing and Infinium genotyping platforms – AgResearch and Illumina have been working together on developing genotyping tools for livestock research and genetic testing.

“One of the earliest examples of our collaboration is the creation of a highdensity sheep genotyping array, known as the OvineHD array,” he says.

“With scientific contribution from AgResearch and other international partners, OvineHD became one of the first tools for characterising genetic diversity of different sheep breeds around the globe and understanding genetic variation contributing to economically important traits such as wool and meat quality.

“Since then, we have collaborated on several iterations of Infinium technology and versions of custom arrays, including InfiniumXT.”

AgResearch was one of the early adopters of Infinium XT technology in 2016.

A new free web app has been designed to help farmers, landowners and regional councils manage a costly weed that has resisted eradication efforts in New Zealand for over a century.

A recent study by AgResearch suggested that farmers should avoid feeding milk replacers with vegetable proteins and fats to lambs in early life. However, supplier of milk replacers AgriVantage argues that there is plenty of other research around to dispute the conclusion of this study.