Farmers urged not to forget TB 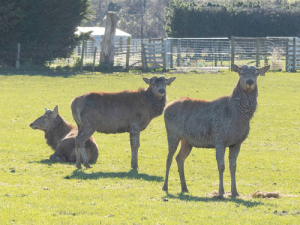 TB is still a problem in pockets of the country with deer and cattle affected.

Farmers, especially in the South Island, are being reminded that while Mycoplasma bovis has captured headlines, TB is a continuing problem in small pockets of the country.

Kevin Crews, head of disease management for OSPRI (manager of the TB-free programme) says outbreaks have spiked in the Strath-Taieri (Otago) area, with “niggles” in the last two to three years.

TB has been found in ferrets, pigs and possums in the area and work is underway to see whether it is related to the incidence in cattle herds.

“It’s not a major problem, but it is causing a spike,” Crews says. This is a reminder that farmers must be vigilant about TB and follow best-practice in routine testing, grazing and purchasing animals, pest control and ensuring all ASD and NAIT requirements are fulfilled and up-to-date.

“This is a minor glitch in an otherwise highly successful TB-free control programme,” Crews says. “It has cut TB infected herds down from a peak of over 1700 in the late 1980s and early 90s, to just 32 in June of this year.”

He says only two of these infected herds are in the North Island; most are on the West Coast and in small clusters in the Marlborough mountains and in the Strath Taieri area.

“However, a lapse in control measures saw numbers soar within five years, hence the need to remain vigilant even when numbers are low.”

OSPRI’s TB Plan is aimed at eradicating TB in livestock within nine years, in possums by 2040 and in all NZ by 2015.

Beef + Lamb NZ is a partner organisation of OSPRI.