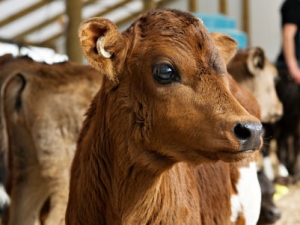 Two calves starved to death, one was put down and three were removed from the property.

An animal welfare offender has been disqualified from owning stock for 20 years and fined $7500 in Whangarei District Court.

Lester Donald Rueben Johnstone, 82, farmer, of Maungatapere, near Whangarei, was convicted of failing to ensure the physical and health needs of six calves were met in accordance with good practice, namely by failing to provide the calves with sufficient food.

Two calves starved to death, one was put down and three were removed from the property to mitigate their suffering and improve their health.

Judge Davis disqualified him from owning, controlling or having any authority over production animals for 20 years, fined him $7500 and ordered him to pay $2379 veterinary costs and $130 in Court costs.

MPI district compliance manager Whangarei Darren Edwards says staff often try to work through issues with stockowners to improve the welfare of stock, but do not tolerate wilful negligence or cruelty.

“Animal welfare is a serious matter. When we find evidence of offending, we look to prosecute.”

The charge relates to several visits by Ministry for Primary Industries staff in 2014, to properties in Northland owned or leased by Johnstone, to inspect skinny calves, based on a public complaint on May 30.

During four visits from May 30 to July 22, MPI staff found several animal welfare issues on Johnstone’s properties and did what they could to mitigate the animals suffering.

The issues include a mob of skinny weaner calves in a paddock without grass or water, an emaciated young cow having difficulty standing, which had to be put down, and finding two calves that had died from starvation.

MPI staff directed Johnstone several times to provide better grazing and supplementary feeding for the animals. Johnstone reneged on or ignored these arrangements with MPI staff.

On July 22, MPI staff and a veterinarian did an examination of live calves. Three had to be removed from the property and cared for to mitigate their suffering.

The veterinarian found that “the calves had been subjected to a prolonged period of starvation along with the suffering that it would have involved".

The court heard that Johnstone has a significant history of similar offending and was disqualified from owning or managing stock for two years in 1997.