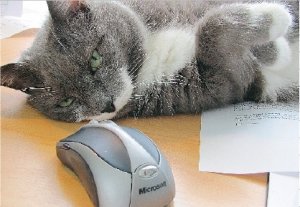 YOU'LL NEVER catch the cats so vaccination is the best way to prevent foetal and lamb losses to toxoplasmosis.

"Usually the young cats are the problem, not the older ones," says MSD Animal Health veterinarian, Jo Chisnall, a speaker at a recent Beef and Lamb New Zealand field day in Taranaki. "They get infected from 6 to 12 months and shed the disease in their faeces for one-two weeks, then become immune themselves."

One cat can spread the disease widely and rapidly; estimates are one gram of cat faeces can infect up to 5000 ewes.

"Unfortunately, it's very hard to control all the cats on your property. There are a lot more feral cats on farms than people realise." So it's important farmers vaccinate livestock. Getting rid of the family pet will not solve the problem.

Serological testing by MSD over the last five to 10 years, checking exposure to toxoplasmosis, shows it's present on all farms.

The time to deal with it is as mating time nears. Mixed-age ewes have generally had more exposure than two-tooths and hoggets, so these younger animals should be considered for vaccination.

"Focus on your first-time lambers, the two tooths and hoggets, and vaccinate them at least four weeks before they go to the ram. The vaccination for toxo is about $2 per animal and it is a one-off-for-life injection."

In unprotected stock toxoplasmosis causes significant abortion losses and less obvious embryonic loss or dry ewes, and birth of weak, non-viable lambs. The cause is a protozoan parasite picked up by cats from rodents and birds, then passed to sheep through cat faeces on pasture or hay.

The vaccine is unusual in that it's 'live' and requires special handling. "It has just a ten-day shelf life so once it's been purchased it should be used as quickly as possible."

Blood testing a sample of ewes in the flock should give a good idea of the status of the flock in terms of toxoplasmosis, Chisnall says.